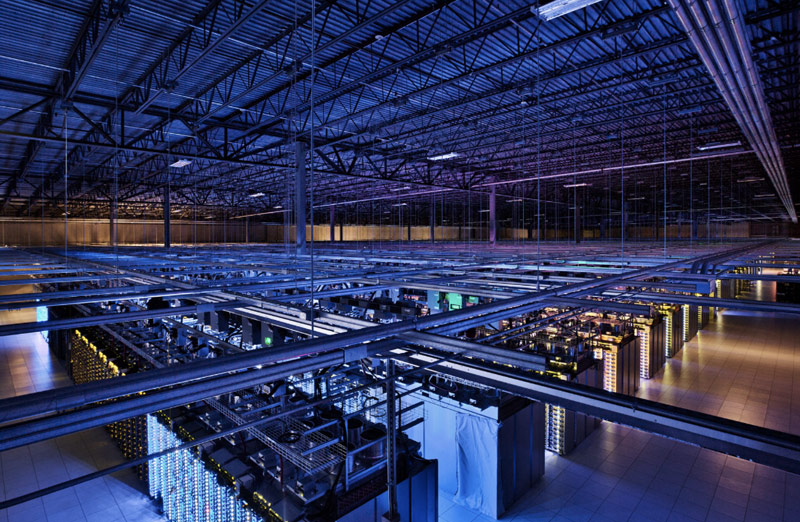 Google calls it “where the Internet lives.”

That’s a bit of hyperbole, of course, because even though the world’s largest search engine indexes perhaps 50 billion web pages, the Internet itself is more than just Google.

That gallery, surprisingly, is short on information, saying little about the actual technical details, such as the probably 2 million servers Google runs, including almost half a million at its Georgia data center. Or how many billions of miles of Ethernet cable the company uses.

But it does have a very cool view of the places your computer has already been via Google. Apparently, while I’m sitting here with my butt in my chair, my MacBook Air may be virtually visiting Hamina, Finland, St. Ghislain, Belgium, and assorted U.S. destinations like Iowa and Oklahoma.

And Google does give us some amazing pictures of the machines that connect our lives.