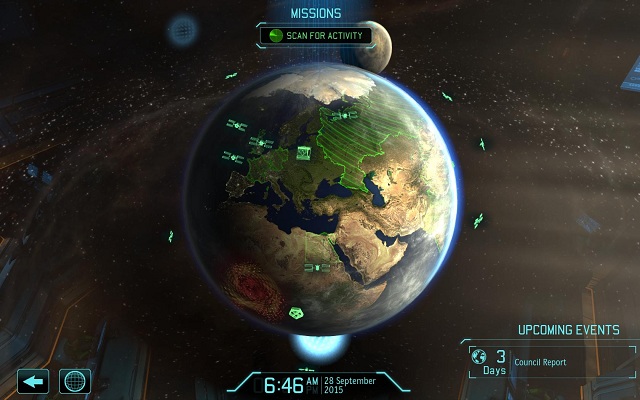 So you’ve carefully implemented the polices discussed in the tactical guide, and your soldiers are quite thankful that you’re no longer dashing them into flanked positions or sending them into harm’s way without so much as a Nano-fiber Vest.

But back at your base, China’s ready to leave the XCOM project, the U.S. is particularly unhappy with you letting a UFO slip through (which knocked out your satellite coverage over the country), and you never seem to have enough cash on hand.

Pull up a chair and take a seat, commander. The following eight tips should help you through the tough act of balancing global politics with saving humankind from extinction.

I cannot stress enough the importance of Satellites, which are possibly the most critical resource in the entire game. Satellites are your economy. Unlike the previous strategy entries in the X-Com series, the funding allocated to your clandestine paramilitary organization is not based directly on performance. The only way to increase your cash flow is to launch Satellites over each of the 16 Council-member nations.

Think of Satellites as the SCVs of XCOM. Just as with those gathering units of real-time strategy series StarCraft, you should always be building one. They have one of the longest construction times for any facility or Foundry project in the game (20 days), which should indicate just how important they are. The first thing you should do in a new campaign is start building a Satellite. Build them in advance. Build them whenever you have money.

They require a Satellite Uplink in your main base, but since this facility only takes 14 days to complete, you can time your Uplink and Satellite constructions to finish simultaneously when you start with Satellites first. Try to place Uplinks in a 2-by-2 square pattern for the adjacent bonuses, which should give you support for four extra for a total of 12. Later on, you can replace two Uplinks with Satellite Nexuses, which will provide the full 16 that you need for global coverage. 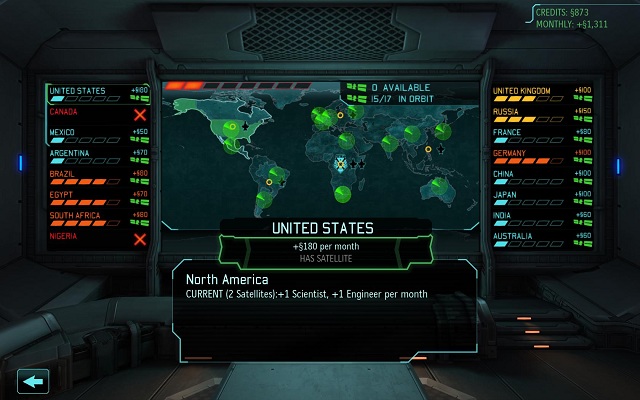 2. Launch Satellites near the end of the month

Satellites detect UFOs flying over a nation’s airspace, but they also significantly reduce the five-level panic rating of any country whenever you rocket them into orbit. And, aside from really botching a terror mission, countries in full hysteria wait until The Council’s end-of-the-month report to drop out of the XCOM organization.

You cannot bring any state you lose back into project; once they leave, that’s it. And their funding is gone for the rest of your campaign, so you want to prevent this whenever possible. Waiting until a few days before the month ends to launch Satellites is your best way to choose which Council members you want to stop from leaving.

While stopping nations from dropping out should be your top priority, how should you pick winners and losers when you don’t have enough Satellites to keep everyone?

This is where the continent-specific bonuses come into play. They are as follows:

You need to provide full Satellite coverage to a whole continent to earn any of these, so you should pick countries that will keep the opportunity for your preferred benefit available. In particular, Africa’s “All In” and Asia’s “Future Combat” are extremely useful early on.

Secondary to this, try to keep the highest-funding nations around. The United States offers the biggest payout, with Russia, China, and most European and Asian countries following. 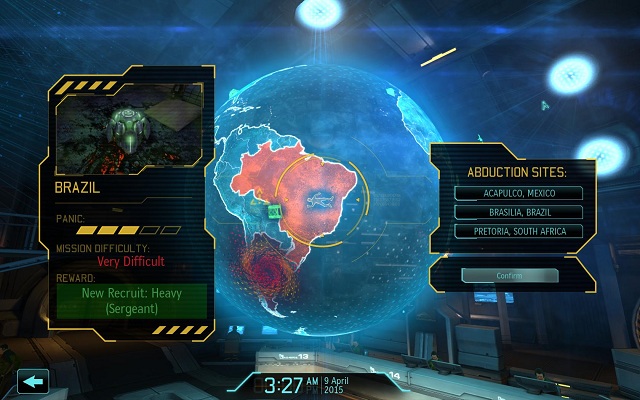 A few times each month, you’ll get a report of up to three separate attacks happening simultaneously around the planet. You’re forced to choose one over the other two, which means that whichever countries you ignore will see their panic ratings increase.

Look carefully not just at the alert level of the mission site but also of the ratings of the surrounding nations. You can see the different colors on the globe itself while you select one of the three locations, or you can back out and head over to the Situation Room, where you can monitor panic a little more easily.

Early on, always pick the one set near those countries with the highest current alarm. You’ll increase your chances of the most nations sticking with the XCOM project. And if you’re confident that your team (and your tactical prowess) can handle the difficulty rating (“easy” through “very difficult”), definitely go for it.