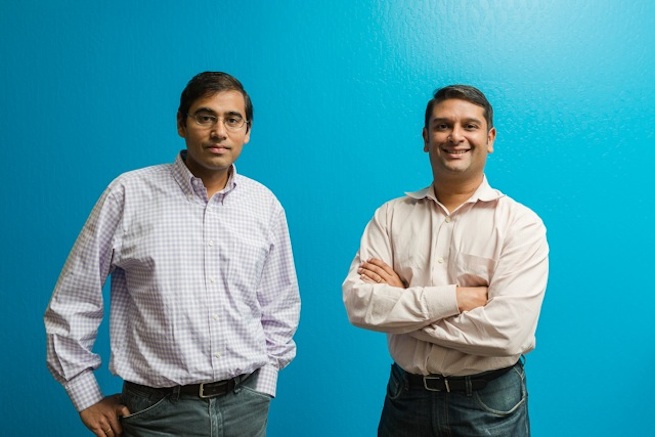 BloomReach, the “big data” tool for marketers that is used by the likes of Neiman Marcus and Williams- Sonoma, has raised $25 million in a round led by New Enterprise Associates (NEA).

Think of it as a highly sophisticated tool for Search Engine Optimization (SEO). This is the third round of venture funding for the Silicon Valley company, formed in 2009 by serial entrepreneur Raj De Datta and former Google engineer, Ashutosh Garg. BloomReach closely competes with BrightEdge.

Garg previously spent five years at Google leading the development of the flagship search engine. During that time, he realized search tools were unable to recognize the best web pages on the Internet. At the same time, his cofounder, De Datta, saw a huge market opportunity for a tool that could help marketers enhance the content on their websites.

“There wasn’t a science in packaging content to meet and attract demand,” he said in a phone interview with VentureBeat.

The team set to work developing a technology they call “Web Relevance Engine (WRE).” In a nutshell, it analyzes about a billion consumer interactions and web pages on a daily basis and automatically adapts its customers’ websites to capitalize on demand.

The big brands are already experimenting with ways to marry search engine results with internal data. However, few companies can afford to build natural language processing and machine learning capabilities into an algorithm that can interpret billions of transactions across the web.

“We see this as validation as BloomReach could develop their product once and sell it to everyone else for whatever price makes sense,” said Scott Sandell, general partner at NEA.

“If you could harness that data combined with the data you have about your customers, I see that as software as a service (SaaS) 2.0,” he added. What’s interesting for investors is that marketers increasingly have a budget for software like this. Research firm Gartner predicted that CMOs will spend more on big data technology than CIOs by 2017.

BloomReach claims it can drive a traffic increase of over 90 percent for its 80 customers in the retail space and improve paid search profitability by up to 50 percent. With the new funding, it will attempt to break into other verticals like healthcare and financial services, and will increase its research and development budget.

Existing investors, among them Lightspeed Venture Partners and Bain Capital Ventures, also participated in the third round, bringing BloomReach’s total funding to $41 million.