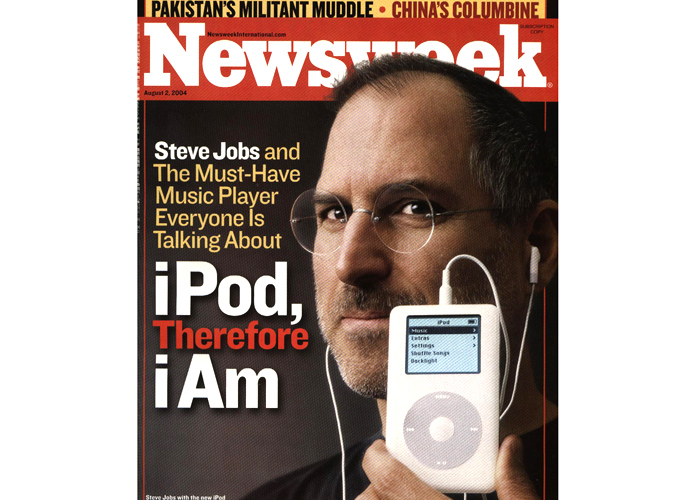 In a move that just about anyone could have predicted, the iconic Newsweek magazine has announced that it will shut down its print operation and embrace the future with its web site, digital magazine, and events businesses.

“We are announcing this morning an important development at Newsweek and The Daily Beast,” Tina Brown, editor-in-chief of The Newsweek Daily Beast Company, wrote today. “Newsweek will transition to an all-digital format in early 2013. As part of this transition, the last print edition in the United States will be our Dec. 31 issue. Meanwhile, Newsweek will expand its rapidly growing tablet and online presence, as well as its successful global partnerships and events business.”

Two years ago, the writing was already on the digital wall when Newsweek merged with online news startup The Daily Beast. It was a sign that Newsweek couldn’t cut it as a stand-alone magazine and digital property. Of course, Newsweek wasn’t alone in the struggle — a year before that, BusinessWeek, another magazine that summarized the week’s news, was sold by McGraw-Hill to well-off Bloomberg.

The transition to all-digital will likely be tough for Newsweek, as it is with all print-to-digital moves. I saw it first-hand when I worked for PC Magazine, now PCMag. People will lose their jobs. Much less advertising revenue will be generated because web rates are still nowhere near print rates. Some of the quality could drop off with less oversight and editing.

“Newsweek is produced by a gifted and tireless team of professionals who have been offering brilliant work consistently throughout a tough period of ownership transition and media disruption,” Brown wrote. “Regrettably we anticipate staff reductions and the streamlining of our editorial and business operations both here in the U.S. and internationally.”

On the plus side of the transition, Newsweek is no longer on the hook for expensive printing and distribution costs. It also doesn’t have to worry about meeting a late-night Friday deadline to get stories ready for the next week’s magazine (the deadline instead is right now). Another positive is that online ad spend continues to increase rapidly and will soon overtake print’s overall spend.

Newsweek and The Daily Beast have made key digital gains during the past two years. The Daily Beast now attracts more than 15 million unique visitors a month, a 70 percent bump year-over-year. On the tablet side, the company estimates tablet-based users in the U.S. will exceed 70 million by the end of 2012.

“Our business has been increasingly affected by the challenging print advertising environment, while Newsweek’s online and e-reader content has built a rapidly growing audience through the Apple, Kindle, Zinio, and Nook stores as well as on The Daily Beast,” Brown wrote. “Tablet-use has grown rapidly among our readers and with it the opportunity to sustain editorial excellence through swift, easy digital distribution.”

Newsweek was first published in Feb. 1933 and will celebrate its 80th anniversary in just a few months. For a look at Newsweek’s print covers over the years, check out Buzzfeed’s thoughtful collection.