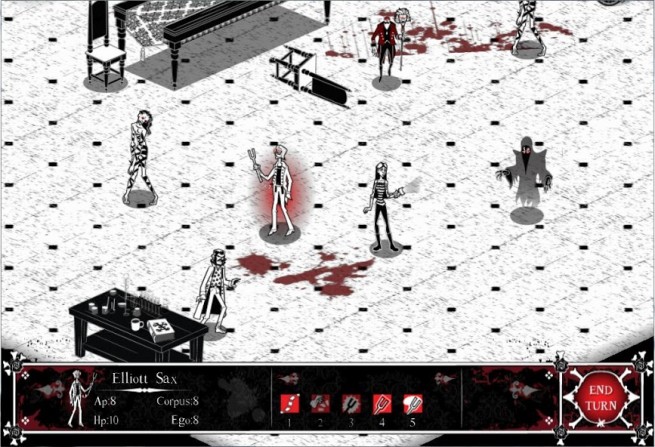 The worst case scenario for a successfully funded Kickstarter project has come to pass for the game Haunts: The Manse Macabre. All programmers have quit its developer, and the project’s director is out of Kickstarter money.

Haunts: The Manse Macabre is a turn-based horror game where players can either play the denizens of a haunted house or the people exploring it. It was well into development when design director Rick Dakan and his developer Mob Rules Games turned to Kickstarter to fund the last push on production.

Kickstarter is a website where creators can crowdfund their projects with numerous donations from many people. Mob Rules Games asked for $25,000 to finish Haunts, and 1,214 people funded the game for a total of $28,739.

Dakan says all of the game systems and mechanics are in place, but bugs and glitches fill the current build.

So, what happens to all those people who gave Dakan money to make this game?

“I am currently in talks with another game company owned by some old friends and coworkers of mine, Blue Mammoth Games,” Dakan wrote. “They have expressed an interest in taking on Haunts. Austin and I would continue on in our roles, although we would both be doing so in our spare time. These new potential partners won’t be able to make the decision for a few weeks at least and then after that it would be months before anything came out. Still, I think it’s out best shot at this point.”

While that would be nice, it isn’t the project Kickstarter backers were giving their money to. Dakan says that despite running out of backer funds, he’ll use his own money to reimburse anyone who wants end their support. You can message Dakan directly through his Kickstarter page to ask for a refund.

The nature of the Kickstarter agreement has always made something like this possible. Project backers are guaranteed nothing when they decide to fork over their cash for an interesting product or idea. Most people understand that, but until this particular situation, we haven’t had a precedent for how project leaders and backers would react. While $28,000 is a lot of money, it is obviously within the realm of possibility for Dakan to pay that amount back to users who feel burned.

Some games have raised millions of dollars on Kickstarter, which makes offering a refund option less feasible.