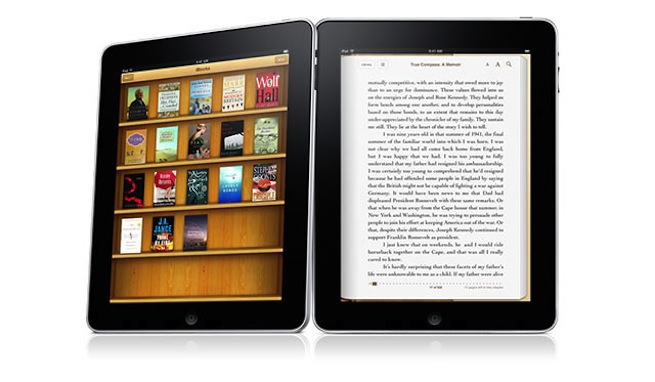 While Apple’s forthcoming Oct. 23 event is dominated by speculation of new iPads, new information suggests that the company might also unveil an update to its native ebook application iBooks.

The news comes from French Apple blog iGen.fr, which noticed that some books are now referencing iBooks 3.0 as a requirement in Apple’s digital book store. One example of this is in the sidebar description of French graphic novel Largo Winch.

Apple does give developers and media publishers some control over what is said about their products in the iTunes store, but as The Next Web points out, the general requirements section is auto-generated and cannot be altered. That means its less likely that the reference to “iBooks 3.0” was a typo — especially given the proximity to next week’s Apple event.

As for what the next version of iBooks will bring, I’m guessing it’s probably much more visually oriented, which would make sense given Apple’s sale strategy. Apple added a Graphic Novels section to the iBooks store back in February. And if the success of ComiXology is any indication, I’m guessing the section has performed well. The company also wants to increase the number of textbooks sold through iBooks.

I scanned through the descriptions of other graphic novels in the iBooks store and didn’t find the same reference to iBooks 3.0, but that doesn’t mean a new version isn’t coming. Of course, we won’t know officially until Apple’s event next week.