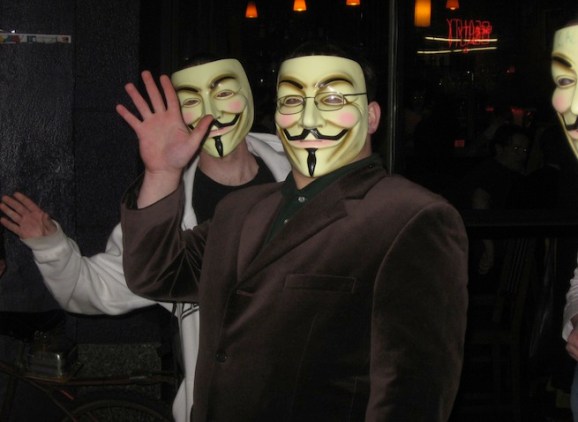 A member of hacker collective Anonymous who previously claimed to take down GoDaddy and Facebook has now claimed responsibility for today’s big Amazon’s EC2 cloud outage.

The Amazon outage caused headaches for many large and small web services, including Reddit, Airbnb, Flipboard, GetGlue, Heroku, and Coursera. Amazon blamed the issues on “degraded performance for a small number of EBS volumes in a single Availability Zone in the US-EAST-1 Region.”

Amazon flat-out said the claims of an attack were untrue. “This is not accurate,” an Amazon spokesperson told Venturebeat via email. “An attack did not happen on Amazon EC2.”

Anonymous Own3r, a purported member of Anonymous, said he or she was the one who caused a major service disruption of GoDaddy in September and an outage of Facebook in parts of Europe in October. Both GoDaddy and Facebook claimed that both events were due to internal problems, not an outside attack. Now there’s a third company on Anonymous Own3r’s list.

Based on the available evidence, we find the hacker’s claims to be extremely suspect and we believe Amazon. The primary outlets for Anonymous to spread its message on Twitter, @YourAnonNews, @AnonymousIRC, and @AnonOps, have said nothing about today’s Amazon outage. On top of this, both Facebook and GoDaddy claimed there were no outside attacks involved with their recent outages.

This pattern makes it look like Anonymous Own3r is simply claiming responsibility for any outage happening on the web. Of course, we can’t be 100 percent certain that Anonymous Own3r isn’t involved because Anonymous is a purposely fractured organization and major companies don’t want to admit when they’ve been successfully attacked.