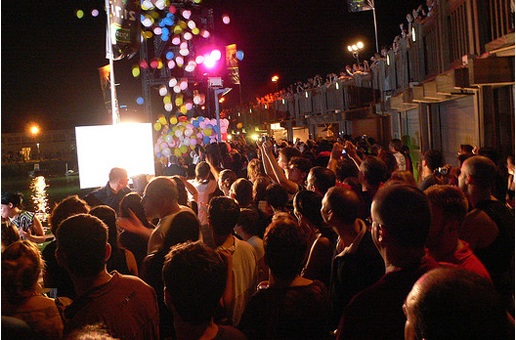 With the DLD Tel Aviv Conference kicking off tomorrow, part of a full week of festivities in one of the world’s most sizzling tech hubs, Israeli venture capitalist and tech journalist Gil Kerbs shares his take on the startup nation’s success.

What makes Israelis so strong at entrepreneurship? There are many reasons for their success, but I think the roots of innovation are closely related to the Israeli culture and way of thinking. They lie in two concepts – “chutzpah” and “interdisciplinary thinking.” Most successful companies and entrepreneurs I saw in Israel, both as a journalist, and later as a VC investor had both.

The direct translation of chutzpah is “rudeness,” but it has a good meaning when it comes to business. When Israelis say you have chutzpah, they mean you know what you want and go for it. They mean you have great tenacity. They mean you’ll do what it takes.

When you arrive in Israel, one of the first things you realize is that Israelis are very direct, and this is a main feature of chutzpah. For example, when an Israeli tells you, “I think this is a horrible idea,” he’s not trying to insult you – he’s just trying to save both of you the time.

A famous story published in the book Startup Nation describes the first visit of a CEO of a big US company that acquired an Israeli startup. “At first it felt like these guys attacked me” describes the CEO – “but then I saw they just went to the hardest questions and expected real answers – it was not personal.”

Chutzpah – the confidence to do the impossible

But chutzpah is more than just being direct or honest – it also means daring to want what others can’t dream of or going after “impossible goals.” I have no idea what made Israelis think they can achieve anything to begin with, but it is clear that this is a mindset that is now handed from generation to generation.

When I interviewed people from the famous intelligence unit 8200 – a source of many of Israel’s most successful entrepreneurial ventures, one answer of a former programmer in the unit explained it all:“When a 18-year-old boy is told over and over by his superiors that he can do anything, he starts believing it. Then, he just goes ahead and does the impossible.” And indeed, it is reported that a handful of 18-year-olds in unit 8200 sometimes do what 50 engineers in the NSA couldn’t.

If an Israeli entrepreneur saw Warren Buffet, he’d immediately go to introduce himself, sure that his company is the exact thing Buffet is looking for, although Buffet never invests in technology or startups – that’s Israeli chutzpah.

If an Israeli hears of a medical problem that nobody’s solving – he’ll go at it, sure he can solve it – even if he has zero experience in the medical world and little to no understanding in biology – that’s Israeli chutzpah.

And when you think of it, chutzpah is a great thing to have as an entrepreneur. When you’re not afraid to tackle the hardest challenges and when you are taking every measure shamelessly to make it happen, you are more likely to achieve success.

The downside – not everyone will get it

As good as it is, chutzpah is also a barrier to Israelis doing business around the world. Some people just can’t overcome the directness and the intense interaction with the Israelis. An Indian friend of mine once told me that after her first meetings in Israel, she went back home every day crying. “Why do they hate me so much?” she asked herself. But they didn’t hate her at all, she admits now – they were just being … well, Israeli.

Let’s talk a little about interdisciplinary thinking and why it is such a big contributor to Israel’s innovation.

The story of Shai Agassi, a prominent businessman in Israel could tell it all. Agassi (above) was a “wonder kid” and a computer geek – he founded a company when he was in his twenties and sold it to German software giant SAP. Agassi quickly rose within SAP and was even nominated by Time magazine as one of the most influential people in the technology world. Then came a big surprise for all: Just when everybody thought he would be nominated as SAP’s CEO, Agassi quit.

One would think Agassi received a better offer from Microsoft or Google, but there was no such offer. Agassi quit because he wanted to save the world … developing an electric car.

What’s the connection between software and cars, you ask? Well, not much. But Agassi thought an approach of a technology guy would be just what those guys from Detroit were missing. Combine this with a little Israeli chutzpah and you get Better Place – the company that Agassi founded, which raised hundreds of millions and is now deploying electric cars in Israel and other countries around the world. The software guy made it happen.

Agassi is not the only Israeli entrepreneur who moved to a completely new field. The founders of Given Imaging, who created the world’s first tiny camera that could be swallowed by a human for diagnostics, were actually rocket scientists. Kobi Richter who founded Medinol, one of the first stent companies in the world, was an air force pilot.

And it works well – Israeli entrepreneurs bring very fresh mindsets and innovative approaches since they come from different schools of thought than people who have been tackling the problems in a certain field so far.

Taking army skills, putting them to work in startups

Where does this tendency for interdisciplinary thinking come from? My best guess – the army. As most Israelis are obligated to serve in the army, when they finish their service they realize that many of the lessons they learned could be applied in other fields. Many engineers who developed weapons see these techniques come handy in their work in Intel or Motorola.

By the way, the strongest trend of Israeli interdisciplinary thinking currently is in the “diffusion” of people from the technology world into the worlds of medical and clean technologies.

And again, this characteristic can become problematic, especially in fields in which more expertise is required. Fewer and fewer Israelis stay in the same field for 40 years, and some fields require it. If you’re looking for a person that will stick around in a field for many years, Israelis are not always the best to contact.

A version of this story appeared today on VentureVillage, VentureBeat’s Europe-based syndication partner.