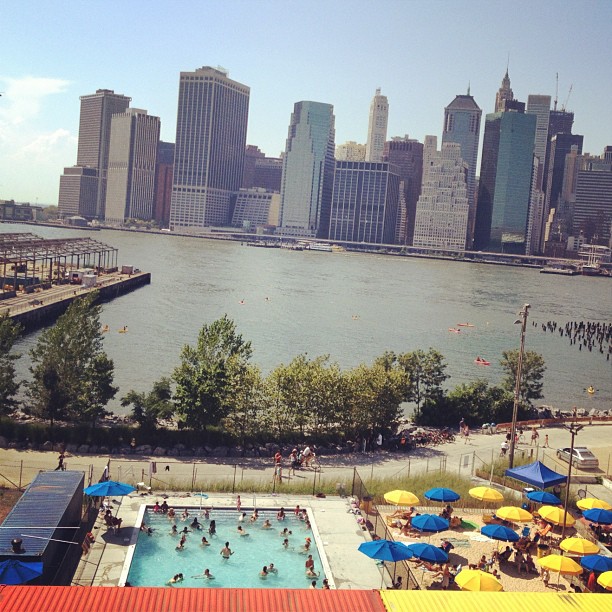 VentureBeat’s been taking a close look at the New York City startup scene. You’ve seen our top New York City technology influencers, but we also want to spotlight the top 10 most interesting startups the city has to offer.

In particular, we wanted to choose startups pursuing radically different things than Silicon Valley and other tech hubs. These picks are uniquely New York in many ways.

VentureBeat has had a New York City office for a while already, but now that our editor-in-chief Matt Marshall is settled in the city, we’re officially launching our East Coast headquarters this week with a private party. If you want to snag an invite, follow us on Twitter and Facebook, then send a tweet to the @VentureBeat Twitter account with the hashtag #vblaunch telling us why you should be there. We’ll choose five winners on the morning of October 24.

Without further ado, here are our top 10:

It’s hard to make sense of everything happening across the social web — especially for brands and publishers. 33Across’s Brand Graph offers a suite of tools and technology to help major brands, including Fox, Time, and MTV, better push their products and content across social media. The company also bought Tynt earlier this year to offer publishers a better way to track how their content is shared.

“Social is transforming the world. Publishers need to understand the data, actions, and graph around their readers … to understand how all of the data is being shared,” 33Across chief executive Eric Wheeler told us in January.

33Across recently raised $13.1 million in a third round of funding, bringing its total to more than $26 million. Investors include First Round Capital, Flybridge Capital Partners, and Pelion Venture Partners.

By approaching the social web as a “big data” problem, 33Across is tapping into what’s truly meaningful about social media. 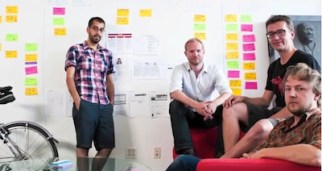 Chartbeat provides publishers and websites with real-time analytics that tell them how popular content is right now. Sites can use this wealth of info to take action like rearrange front-page content, push popular stories to other networks, and more. Sites owned by The New York Times, Starbucks, and the United States Government use the service. (VentureBeat does as well!)

“The big goal is to make everyone feel like a data scientist,” Lauryn Bennett, Chartbeat’s head of brand, told us in April when Chartbeat redesigned. “We want to make sure the people on the front lines of these sites feel like they can understand, react, and predict how to capitalize on their traffic.”

Chartbeat was incubated at Betaworks, which also has its hands in startups like Digg, Bitly, Rap Genius, and Livestar. The company has raised around $13.5 million from Draper Fisher Jurvetson, Index Ventures, O’Reilly AlphaTech Ventures, and others. With that backing, we expect big things.

With coders in great demand nowadays, lots of people are scrambling to learn the esoteric art of programming. And that’s where New York-based Codecademy steps in. Launched in 2011, Codecademy helps users learn programming languages like Python, Javascript, and Ruby while motivating them with badges and rewards. It’s the sort of learning only the Internet can enable.

And for co-founder Zach Sims, Codecademy represents the first time programming has been completely democratized.

“It’s available to anyone with a computer and it’s easy to follow. We think creating a new generation of programmers will help to raise employment and the standard of living for those individuals. It’s preparing the world for the future,” Sims told VentureBeat last year.

That’s a compelling argument not only for those who have used Codecademy, but also for those who have opted to invest in it. So far, the company has raised $12.5 million, which is reason enough to suspect that there’s something to its business model.

If you’ve heard the term crowdfunding, you have Kickstarter to thank for it. Founded in 2009, the site started off as a funding platform for creative projects. But in the past year, we’ve seen several Kickstarter projects raise millions on the service — like the Pebble E-Ink smart watch and the Ouya Android game console — all without giving up any equity to investors. The crowdfunding model is great for tinkerers, but it’s also a fundamental shift for consumers, who can now have a closer relationship with the products they buy. (For some people, funding Kickstarter projects is practically an addiction.)

For too long, financial planning has been something reserved for the rich. Learnvest is aiming to change all of that with an online service that helps you manage money, as well as subscription plans that give you access to real life Certified Financial Planners. It’s not just another Mint.com — Learnvest connects to your financial accounts to help you keep track of spending, but it also offers helpful visualizations and an easy way to track cash purchases as well. And if you sign up for a premium account, you’ll have a real person holding you accountable.

LearnVest has raised around $25 million from Accel Partners, Rose Tech Ventures, Richmond Management, and others.

Born and bred in Brooklyn, MakerBot has established itself as one of the coolest, most interesting companies in 3D printing today.

3D printing is poised to completely shift the way we both consume and create. Instead of buying their kids toys, for example, parents can design and print them in their own homes. 3D printing may also change the way hardware stores like Home Depot do business. After all, what’s the point of maintaining inventory when stores can just print out parts when customers come in and request them?

Fresh off the launch of its latest 3D printer, the Replicator 2, Makerbot’s biggest challenge nowadays is not only making its devices more powerful, but cutting their prices as well. So far, however, the company is focused on the former.

“Before we make 3D printing cheap, we have to make it excellent,” Makerbot CEO Bre Pettis said in September. So far, the company has raised $10 million from Foundry Group, Bezos Expeditions, and others.

An affable visionary, Pettis rose to mainstream stardom last month when he and the Replicator were featured on the cover of Wired. The magazine’s take: The Replicator 2 will change the world. 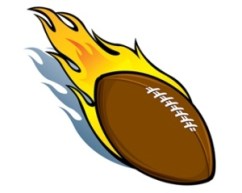 Love fantasy sports? Meet NumberFire, the startup that uses “big data” to help its users dominate their fantasy sports leagues. The service, led by CEO Nik Bonaddio, provides statistics and recommendations about which players they should have on their teams. At the beginning of this year’s football season, Bonaddio said NumberFire’s revenue was up 800 percent and users up 300 percent year-over-year.

“We generate new recommendations on a daily basis and send them to your inbox,” Bonaddio told us in September. “Whether it’s adding players, dropping players, or initiating trades, you’re covered.”

Bonaddio, a winner of $100,000 on “Who Wants to Be a Millionaire?”, used earnings from that show to start NumberFire, and he likes to joke that Regis Philbin was his angel investor. On top of Bonaddio’s money, the company has also raised $650,000 from RRE Ventures, TechStars’ David Tisch, and Pennyblack’s Eliot Durbin.

Few startups nowadays are as tied to New York  as Thrillist.

Founded in 2004, Thrillist began as a small email newsletter tailored to urban males. Today, it generates over $40 million a year and reaches five million people each day.

Business development vice president Shane Rahmani told VentureBeat earlier this year that at the core of this growth is Thrillist’s no-compromise editorial strategy.

“We’ve always had a focus on building a really strong voice and connecting commerce and editorial content. The guys we speak to are an elusive, affluent demographic, and their BS detector is finely tuned,” he said in February.

As with many of Thrillist’s moves, that one was done in an effort to further expand the company’s scope. This means more cash from brands, who are always eager to tap into the sort of cleanly defined male demographics that Thrillist resonates so strongly with.

Here’s a company doing some truly interesting things around a seemingly mundane topic: online listings for local businesses. Yext started out as a phone transcription service but quickly realized it could help out local businesses more by giving them one place to manage their online identity. Yext lets businesses make sure their information is accurate on 50 online publishers, including Yelp, MapQuest, and Bing.

“Starting a business is a scary proposition, but it’s even scarier to bet a company that’s doing $30 million in revenue this year — and growing — on a totally unproven business model,” Yext CEO and co-founder Howard Lerman told VentureBeat in an interview back in June. “To the credit of my team, they didn’t blink when I said we were doing something else. … I’m not even sure we recognized how crazy it was [at the time].”

Yext recently raised $27 million in a fifth round of funding, bringing its total to more than $65 million from Marker, CrunchFund, Sutter Hill Ventures, Institutional Venture Partners (IVP), WGI Group, and others.

ZocDoc, a startup that helps people schedule doctor appointments online, first caught our eye back in 2008 when it attracted funding from power players including Khosla Ventures, Amazon CEO Jeff Bezos, and Salesforce CEO Marc Benioff. Since then, the company has been expanding quickly, attracting lots of capital to reach $95 million in funding, and adding killer new features like ZocDoc Check-In. The startup’s service is available in 31 U.S. metropolitan areas and will soon open a second office in Phoenix to help with customer service and sales.

“Of all the things you have to book in your life, health care services are arguably the most frustrating,” ZocDoc CEO Cyrus Massoumi told VentureBeat last year. “Our belief is that for all those people who book services like travel, hotels, or restaurants online, health care is the most important service and should have easy access.”

While ZocDoc’s mission is simple, Massoumi’s words echo loudly. Americans want health care to be easier to manage. ZocDoc can help you find doctors and rate your visits. This increases pressure on doctors to be good with patients and makes it simpler to find the right medical professionals.

While these are the ten companies intriguing us the most in NYC, we’re always on the lookout for new innovations. Let us know in the comments if there are any NYC startups that you find particularly exciting. And stay tuned to VentureBeat, as we bring you the best NYC has to offer.