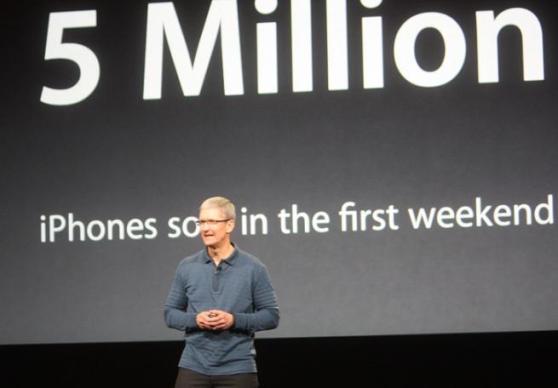 While the big Apple news of the day was Apple’s new iPad Mini, CEO Tim Cook had some other big news to share at Apple’s big press event in San Jose today. And it came in the form of numbers.

iOS 6: Between iPads, iPods, and iPhones, 200 million devices have upgraded to iOS 6 since its launch last month.”This is phenomenal. This is the fastest software upgrade in history that we’re aware of,” Cook said.

iCloud: Big numbers also came from iCloud, which has become home to 125 million documents since its launch last year.

iPad: Cook revealed that, as of two weeks ago, Apple has sold 100 million iPads. “This is unprecedented for a new product in a new category. We sold more iPads in the June quarter than any PC manufacturer sold of their entire PC line,” Cook said.

iMessage: On the iMessage front, Cook said that users have sent 300 billion messages — 28,000 per second — via the service in the last year.

iBooks:  There are 1.5 million books available via the iBookstore, and customers have downloaded 400 million of them so far.