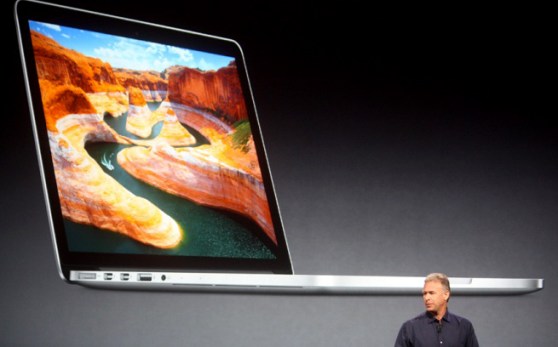 Retina has come to the 13-inch MacBook Pro, and it’s gorgeous. Apple announced the update to its 13-inch pro-level laptop at an event today in San Jose, Calif.

Here are specs for the unit at the base price:

More details on the MacBook Pro 13-inch with Retina Display can be found in Apple’s official announcement.

MacBook sales have been extremely strong in the last quarter, jumping 30 percent even while the laptop market as a whole dropped almost five percent. The new Retina 13-inch model can only serve to increase that strong demand.