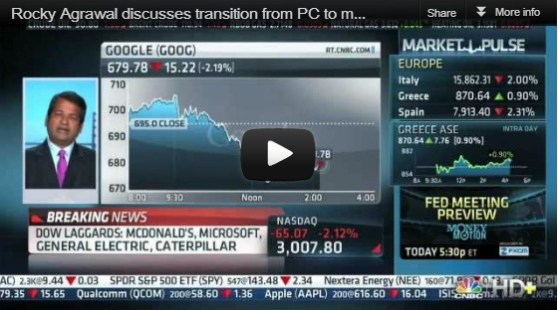 Wall Street and pundits have been in a tizzy lately over the rise of mobile and how it might decimate the ad-driven business models of Facebook and Google. They’re wrong. Instead of being a threat, mobile is a huge opportunity for both companies to grow their existing bases and expand into new markets. It just won’t happen in a quarter or two.

In Google’s case, analysts looked at the decline in the company’s average cost per click and said “Aha! Mobile is destroying your business.” That’s an overly simplistic analysis. Last year, I pointed out how numbers that looked good in Groupon’s financials could eventually be bad. In Google’s case, numbers that on the surface look bad could actually be good. There are scenarios where a declining CPC is actually a positive for the business, not a negative. We just don’t have the data to say for sure. But based on my experience in the search business, the decline doesn’t worry me.

In Facebook’s case, analysts look at the increasing engagement on mobile devices and said “Aha! You have fewer ads on mobile than on Web. Mobile is destroying your business.” Yes, there are fewer ads on mobile, but it is early days and that might not be a bad thing. Facebook hadn’t really focused on mobile advertising; it’s starting to do so now. When I look at Facebook’s revenues, my view is that they’re making $4 billion in revenue almost by accident. Until recently, revenue wasn’t a huge focus for the company.

Google and Facebook are doing the right thing investing in mobile right now.

Mobile is clearly the future. When Apple releases its fiscal fourth quarter earnings on Thursday, I expect we’ll see that Apple has sold close to $100 billion in mobile devices in the year. As of its third quarter, Apple had $88 billion in revenue from its iPad and iPhone segments for the fiscal year. That’s $88 billion worth of products that didn’t even exist six years ago. The iPad segment is 50% bigger than the Mac segment. iPhone is nearly four times as big as the Mac segment. 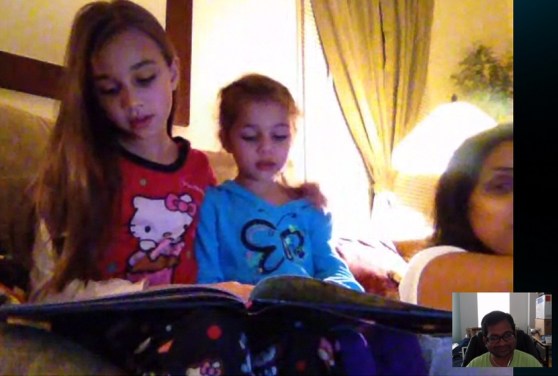 I Skype and FaceTime with my nieces Sasha and Elina, who are nine and four. They may never use computers and the Web as we do.

We’ve seen what happens to companies that ignore fundamental shifts in their business. Aol missed the rise of broadband as well as the move to social. Yahoo missed social. Both companies had strong early assets and didn’t invest in them. It’s not because they didn’t have people who understood these things — it’s because management chose to focus on meeting Wall Street’s short term expectations instead of investing for their future. (Yes, I am aware Aol’s stock has been on a tear this year, but I’m referring to what’s happened to the company in the long term.)

Google and Facebook have the tools at their disposal to play Wall Street’s game and manage their revenue numbers aggressively. Slam more ads on a page and you’ll hit the quarter. But you’ll also piss off consumers with irrelevant ads and eat your future. Dumb companies play that game and become the walking dead. Smart companies do what is right for the long term.

In 2007, Google started driving vehicles around the world capturing images for its Street View project. At the time, some questioned the investment that Google was making. But it’s turned out to be a very important differentiator in the mobile OS wars — it’s a strategic asset that Apple doesn’t have.

Facebook and Google both have very large mobile user bases. Facebook reaches nearly 600 million people a month on mobile. If you’re going to write off these companies based on mobile, you might as well right off the entire consumer Internet sector.

More is not better

Analysts have been counting ads as a proxy for potential. With a screen that’s 15% the size, you’ll have 15% of the revenue! That’s ridiculous. More is not better. Better is better.

Mobile may actually help to improve the pricing power publishers have. Because there will be fewer ad slots, but the audience will be on mobile, so those ads will be worth more.

We’ve seen the tragedy of the commons play out with Web advertising, with the common good being user attention. As publishers put more and more ads on a page, users continue to tune out more and more. But in the short-term, it’s good for each publisher. Each ad is potentially more revenue, so publishers take advantage of the large screen to put more ads on the page. Remnant ad networks have largely destroyed the pricing power of publishers.

The smaller screen of mobile will force fewer ads. That’s a good thing for consumers, publishers, and advertisers.

It will force a competition for better and more relevant ads.

And here, Facebook and Google will excel because they have data. They have more data than nearly anyone. They can use that data to decide what ad the user is most likely interested in at that moment. They can make recommendations based on what they know about my plans and preferences. Google’s new “Google Now” product (part of the “Jelly Bean” release of Android) can predict things I might like based on searches I’ve done on the Web. If you want to see the future, spend some time playing with Google Now. It’s early and there are a lot of flaws, but the vision is right. Facebook has some of the best targeting tools out there and is making big strides in making them even better. (To be fair, Web ad networks have gotten smarter over the years, but there is still a lot of irrelevant ad inventory out there.)

There are several other players that have a shot at mobile advertising. It would be foolish to rule Apple out. Although iAds have hardly set the media world ablaze, Apple has access to hundreds of millions of users and is getting more aggressively into services. Twitter has a large and growing base of users and advertisers. My only hesitation with Twitter is that it has significant product deficiencies and I don’t see any sign that they’ll be addressed soon.

An outside shot is American Express. Executives have talked about their desire to move beyond payments, and the company has made some bold moves into mobile. They also have a tremendous amount of data with which to make recommendations. But I’m not yet convinced that AmEx will make the kinds of significant moves necessary to break away from its financial services DNA to become a player in mobile ads.

One of the things advertisers care about is scale. They don’t want to learn multiple processes and make lots of buys that reach tiny audiences. Media buying and managing campaigns take time. Learning a new process, doing creative, and analyzing results are largely manual processes.

The more scale you can provide, the easier it is for brand advertisers to choose you. (This has been one of my longtime criticisms of Foursquare — without scale, there’s no reason for me as a media buyer to work with you.)

Facebook and Google provide unprecedented scale, beyond what television offers. And they provide that scale on mobile as well.

See my recent interview on CNBC about mobile, Google and Facebook:

Disclosure: I own stock in Google, Apple and American Express. I’m temporarily short Facebook, but intend to go long before the end of the year. I’m short Aol.