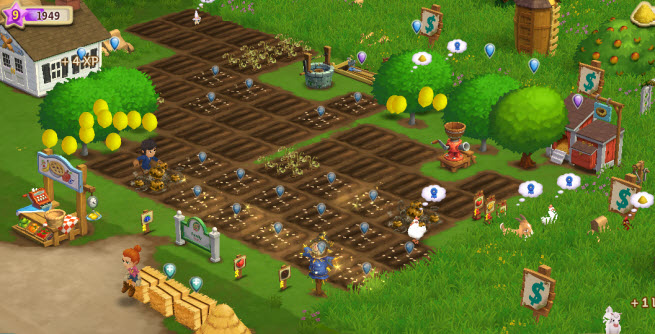 Zynga reported slightly better than expected earnings today for the third quarter, but struggling social gaming giant is still trying to recover from a downturn in its business. Zynga’s stock is rising in after-hours trading as a result of the better earnings and a stock buyback program. Zynga also announced it’s jumping in the real-money social gambling market with bwin.party in the United Kingdom.

The earnings come just a day after Zynga laid off 5 percent of its 3,000 employees, closing a studio in Boston, preparing closures in the United Kingdom and Japan, and slashing jobs in Austin. And Facebook noted yesterday that Zynga’s contribution to its revenues dropped 20 percent in the third quarter. Zynga said it was sunsetting 13 older games and was significantly reducing its investment in The Ville, which happens to be mired in litigation with Electronic Arts over alleged copycatting.

Zynga reported revenue of $317 million, up 3 percent from a year ago. Bookings for the third quarter that ended Sept. 30 were $256 million, down 11 percent from a year ago. Earnings per share were a loss of 7 cents, compared with break-even results a year ago. Non-GAAP earnings per share were 0 cents ($400,000), down from a profit of 4 cents a share a year ago. The GAAP net loss was $52.7 million, compared to net income a year ago of $12.5 million. That was due to a $95.5 million impairment charge related to the write-off of intangible assets acquired with the purchase of OMGPOP this spring.

“While the last several months have been challenging for us, Zynga remains well positioned to capitalize on the growth of social gaming. We’re implementing a number of steps to drive long-term growth and profitability. The successful launches of FarmVille 2 and ChefVille in the third quarter demonstrate that when we develop great games, our large player audience engages. It’s more clear than ever that along with search, shop, and share, play is a fundamental pillar of the Internet, and Zynga continues to be the leader,” said Mark Pincus, the chief executive and founder of Zynga, in a statement.

The San Francisco-based social gaming gianta warned on Oct. 4 that earnings for its third quarter would be weaker than expected for the second quarter in a row. Due to weakness in the “invest and express” category of games such as The Ville, Zynga said earlier it would report revenue of $300 million to $305 million in the quarter and a net loss of $90 million to $105 million (on a non-GAAP basis, the loss will be $2 million to $5 million). Analysts expected Zynga to lose 1 cent a share on a non-GAAP basis.

“Pretty much in line with the preannouncement, although the cost reduction plan is pretty significant,” said Michael Pachter, an anlayst at Wedbush Securities. “If they can cut $15 million to $20 million in costs per quarter, they’re looking at pretty solid profitability, particularly if they can keep revenues flat or growing. I think the $200 million buyback will get them at least 10 percent of shares, so that should grow earnings by 10 percent or so. It’s interesting that share count dropped a bit, likely because of out of the money options.”

During the quarter, Zynga launced four games: ChefVille, FarmVille 2, Gems With Friends, and Montopia. Early results from ChefVille and FarmVille 2 are “positive.”

Zynga’s stock price has been lingering around $1.68 billion, which is near Zynga’s cash value of $1.6 billion. That’s a far cry from the $8.9 billion valuation that Zynga had when it went public in December. That has prompted rumors that Zynga is an acquisition target (unlikely, since Pincus has voting control), or, more likely, a management-led buyout to take the company private. 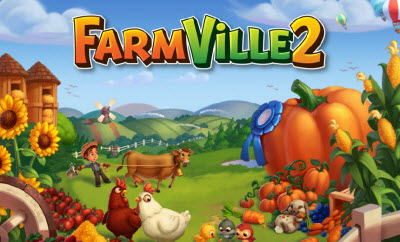 Things started falling apart in the summer. After Zynga reported lower-than-expected results in the second quarter, Zynga’s stock fell 40 percent in a day. In the wake of that report, Zynga has lost a number of executives, including chief operating officer John Schappert. The stock is now at $2.82 a share, far below its initial public offering price last fall of $10 a share. Zynga had also lowered its expectations for the full year ending Dec. 31 to bookings of $1.15 billion to $1.225 billion, while earnings per share for the year are expected to be 4 cents to 9 cents.

The new outlook: Zynga said bookings will be $1.09 billion to $1.1 billion. Adjusted earnings before income taxes, depreciation and amortization will be $152 million to $162 million. Stock-based expense will be $310 million to $325 million. Full-year non-GAAP earnings per share are expected to be 2 cents to 3 cents a share.

After-hours, Zynga’s stock is trading up 33 cents to $2.45 a share, up 15.5 percent. Zynga also announced a stock buyback program, where the company will buy up to $200 million in Class A common stock.

Typically, 2 percent or 3 percent of Zynga’s users pay real money for virtual goods. But most users prefer not to pay in the company’s free-to-play games on Facebook and Zynga.com. But Zynga is also hoping to boost ad revenues. And it is busy launching third-party games on Zynga.com, Facebook and mobile. Zynga has launched five partner games on Zynga.com: Rubber Tacos, Sports Casino, Mini Putt Park, Fashion Designer, and Knights of the Rose. Zynga also has nine to publishing partners.