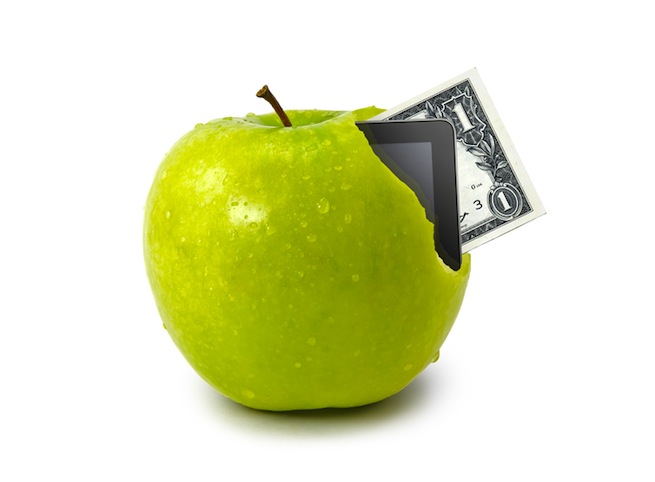 Apple released its fourth quarter earnings today, just meeting market expectations. Wall Street said Apple would be around $35 billion in revenue, while the company reported $36 billion, or $8.67 per diluted share.

Apple didn’t release specifics about its iPhone 5, though it did increase its overall iPhone units sold by 900,000. In terms of iPads, Apple said that it saw iPad sales growth in all of the countries it’s available.

It also announced that it’ll start paying out dividends of $2.65 per common stock to its customers on Nov. 15 to all who are stockholder by the close of business on Nov. 12.

Thus far Apple’s stock has remain unmoved in after hours trading. Check out the company’s earnings by the numbers:

iPads: 14 million units, which is a 26 percent increase from this quarter last year. In the third quarter 2012, Apple sold 17 million units.