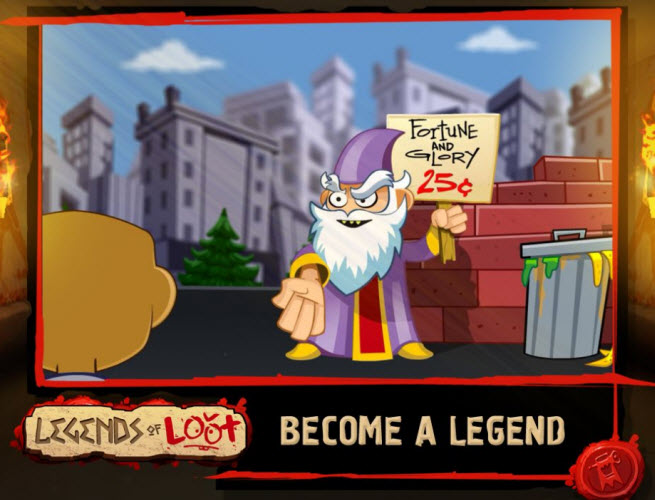 Majesco Entertainment has been around since 1986 as a relatively small publisher of video games, with its most recent hits including Kinect Zumba Fitness and Cooking Mama on traditional game devices. But now it is moving into mobile gaming with the launch of today’s comic dungeon-crawling game, Legends of Loot. 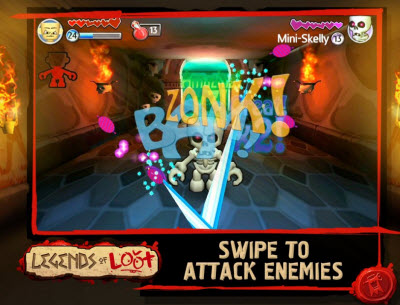 The Edison, N.J.-based publicly traded company began its expansion into the new world of games in June, 2011, when it acquired social game developer Quick Hit and its Quick Hit Football web social game. Jeffrey Anderson, the head of Quick Hit, became the senior vice president of social and mobile games at Majesco and spearheaded the move into mobile. Quick Hit got an NFL license and drew more than 7 million users. Anderson now runs a studio with 20 people in Foxboro, Mass. Most of Majesco’s digital gaming efforts are outsourced to third parties.

Legends of Loot is now available as a free-to-play game on iPhone, iPad, iPod Touch, and Android devices. The game has all sorts of mazes, puzzles, and traps set in Egyptian, Medieval, Mayan, and Asian regions. You have to play the hero, vanquishing enemies with touch-screen gestures. 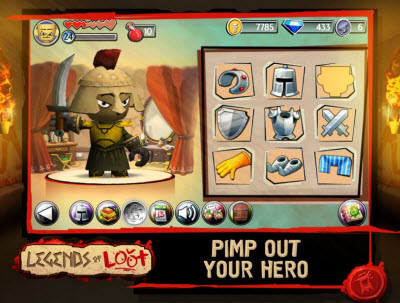 “The company realizes the console market is going through a cyclical change and new platforms are emerging,” Anderson told GamesBeat. “They wanted to have a foothold in that space. We were exploring the freemium model, and [it] became a good way for them to get into the business. Now most of the momentum of the industry continues to shift into mobile. Most people have a smartphone or a tablet and access to mobile content. That has changed the definition of a gamer.”

The change has happened rapidly in the past year, with much of the sizzle moving from Facebook and the web to mobile. Other mobile games are also coming out from Majesco.

“We’ve broadened out beyond that one product that Quick Hit had,” said Anderson. “This is the kickoff of the all the work we have been doing over the last 12 months.”

Anderson said that Massachusetts is a good place to develop games though the region has seen recent studio shutdowns such as ImaginEngine and Zynga Boston.