Mike Tinney is making jumps of a completely different kind. The former president of the online game company CCP Games North America (the makers of EVE Online) is going from leaps into hyperspace to jumping jacks with his new startup, Fitness Interactive Experience. 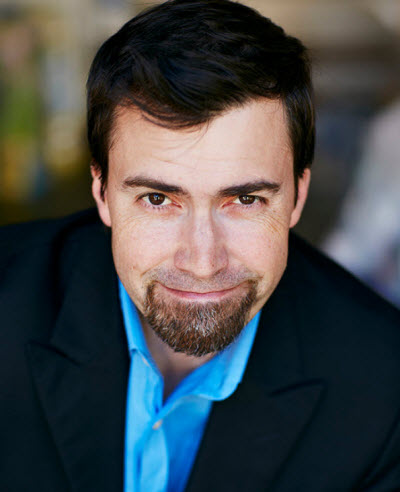 The Atlanta-based company plans to launch its first fitness “gamification” title, UtiliFit, in a closed beta test in December and then start an open beta in January, Tinney said in an interview with GamesBeat. This is part of a trend toward gamification, or using video game mechanics to motivate people to accomplish goals in non-game activities.

Advisers on the project include Tim Church, a national expert on exercise and preventative medicine; Reynir Hardarsson, founder of CCP; and Monte Cook, a well-known role-playing game designer (he once worked on Dungeons & Dragons).

“They’ve signed on to help the company get its product started,” said Tinney, who started the company in March. “There is a huge opportunity in digital fitness to bring more gaming into it. It’s all about creating and maintaining healthy habits. So you can control what you are eating better and increase your physical activity.”

He added, “When you align your activity against goals and do them time and time again, then you can achieve those goals. How quickly you achieve them depends on consistency and quality with which you do it. Video games have a unique intersection with that because they’re a very addictive activity. We’re trying to get people to do a mundane task again and again. Combining those two can be a game-changer.”

The first will be an activity-based game that helps people be less sedentary. It will encourage you to take small steps toward being more active. It will score you based on how well you do and rank you competitively against your friends, if you wish. You can also cooperate with your friends. It’s like a massively multiplayer online game meets cross-fit training, he said.

The company is targeting both gamers and nongamers. The U.S. Department of Health recommends that people exercise 30 minutes a day five days a week. Only 3 percent of Americans actually do that.

“It’s a disturbing number of people who don’t do exercise,” Tinney said. “We are making this app more accessible, and we are not limiting it to gamers. We’re seeing early traction in casual fitness and in the corporate wellness market.”

Tinney has a small team working so far, with three full-time employees and eight part-timers. He’s raising money. The game will target web browsers via HTML5, the lingua franca for the web. Rivals include Striiv, Nike, and a number of other fitness gaming and exercise-tracking companies.

“We want to keep the barrier to entry as low as possible,” he said. “We’re trying to focus a lot more on game design.”

Tinney left CCP earlier this year. Tinney has been directly involved in board and online gaming since 1993, when he was part of White Wolf Publishing. He managed White Wolf’s publishing and trading card game business. Iceland-based CCP Games (publisher of Eve Online) bought that company in 2006, and Tinney became the head of the company’s North American operations as well as some of CCP’s global operations.