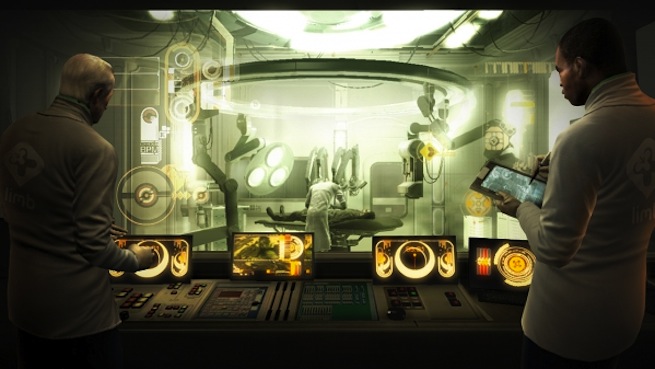 If you’ve ever magically combined herb plants into pills in Resident Evil 6 or wondered how Max Payne could survive shoving a ton of painkillers down his throat, then you realize that video games aren’t known for their sound representation of science. But for most of them, that’s fine! Like books, movies, and TV shows, they require some suspension of disbelief.

But those that do base their fictions off of real-world research could use some improvement. That’s where the group of scientists working at Thwacke come in. In addition to posting articles that explore topics like nanotechnology in Metal Gear Solid or genetic modification in BioShock, its staff provides consultation for developers looking to incorporate science into their games.

Among its handful of clients is InXile Entertainment, who hired Thwacke to help “shape the science fiction” of Wasteland 2, the sequel to the beloved 1988 post-apocalyptic role-playing game (which later inspired another end-of-the-world RPG, Fallout).

“I find it’s just great to have another set of really smart eyes looking at everything we do,” said Brian Fargo, the chief executive of InXile and one of the co-creators of the original Wasteland, in a phone call with GamesBeat. “So for me, it goes beyond their science background on things … . They’ve really been great [at] throwing out all sorts of ideas. And all of my writers have used pieces of what they’ve thrown out. It really has helped make the product better.”

GamesBeat reached out to Thwacke co-founder Sebastian Alvarado, a Ph.D candidate in pharmacology at the Montreal-based McGill University, to find out just what the firm can contribute to the development process.

GamesBeat: What’s the founding story behind Thwacke? Was it because of something you and your colleagues noticed was lacking in the video game industry?

Sebastian Alvarado: I was midway into graduate studies at McGill and had the opportunity to visit the studio of a developer here in Montreal. As I walked through their studio, I saw a member of their team Wikipedia-ing “DNA.” Having dedicated my career to studying DNA, I realized that the knowledge that we take for granted in academia could be very useful for the entertainment business. To me, that incident emphasized the huge gap between legitimate research and public knowledge.

I decided that something had to be done, and it had to be done by highly qualified and creative scientists who played video games.

GamesBeat: What role can Thwacke’s consulting play in game development? Do you work specifically with writers and designers? Is it better if you’re involved in the process early on?

We do this with an extensive network of academics covering every discipline. For example, in Wasteland 2 we were asked which animals that would survive a nuclear fallout and why. In this case we found specialists in environmental biology, medicine, and evolutionary biology to craft science into ideas that can be used in game design. This saves researching time for writers and allows them to focus on gameplay. This out-of-the-box approach has been able to spark new directions for narrative and gameplay that wouldn’t have otherwise been explored.

In later stages of development, we usually work on easy-to-implement text-based assets. In Wasteland 2, we will be doing this for a side mission that involves pages in a wastelander’s logbook. This information is optional but adds depth to narrative and immersion for those willing to read it.