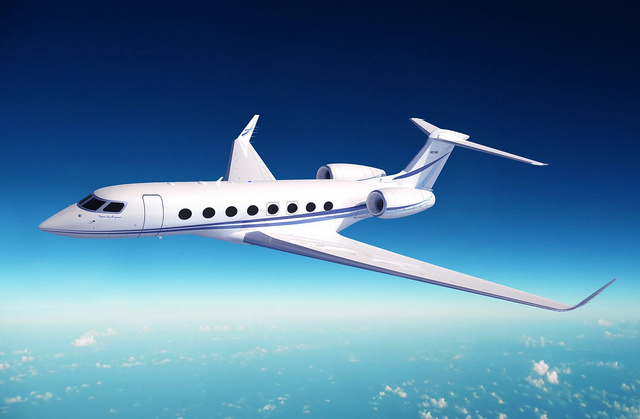 Serial founder Garrett Camp, who started both StumbleUpon and Uber, the modern re-imagining of the limo-slash-taxi business, is now trying to reinvent executive air travel.

The service is BlackJet, and it allows you to book passage on private jets with empty seats.

By “you,” of course, I mean that thin slice of fairly wealthy people who already travel business class at full price. A BlackJet ticket on one of its inaugural two routes — NYC to L.A., and NYC to Florida — will run you about $1800 to $3,500. That’s in addition to your membership dues, which will run about $2,500 a year.

That slice may not be the 1 percent, but it’s probably not too many of the 99 percent — according to Camp, the target market is executives earning $200,000 annually. But the eventual goal is to make travel by private jet almost the same price as business class on a standard airline.

BlackJet won’t be the first in the market — Private Jet Club, Flightmaker, and others are already in the business of selling flights on private jets. What distinguishes BlackJet, Camps says, is the same thing that distinguishes Uber from an ordinary taxi: less hassle, quicker service, and, of course, much more elegance.

That better user experience is critically important to Camp, who says the the 30 or so main U.S, airports are busy, stressful, and wasteful. Booking with Blackjet will be very fast, he said, and immediately confirmed.

“BlackJet is fairly friction-free … we bring back some of the elegance that has been lost in modern airports,” he said. “You pull up to the airplane with your car and take off three minutes later. It takes a lot of the stress out of travel.”

The service is part of a larger movement of collaborative consumption, like Uber and shared-car services such as ZipCar. A third of private jet flights, Camp says, are totally empty as planes are shuttled around the country, and most of the remaining two-thirds are partially empty.

BlackJet has raised money from a series of venture capitalists, plus some Silicon Valley notables such as Tim 4-hour-body Ferris, Marc Benioff of Salesforce, and Matt Mullenweg of WordPress. In addition, Hollywood star and frequent startup backer Ashton Kutcher is also on the list of investors, as is Overbrook Entertainment, the entertainment company co-founded by Will Smith.

I asked if BlackJet would ever be integrated with Uber, envisioning a door-to-door-to-door experience. Camp said nothing is currently planned … but perhaps eventually.