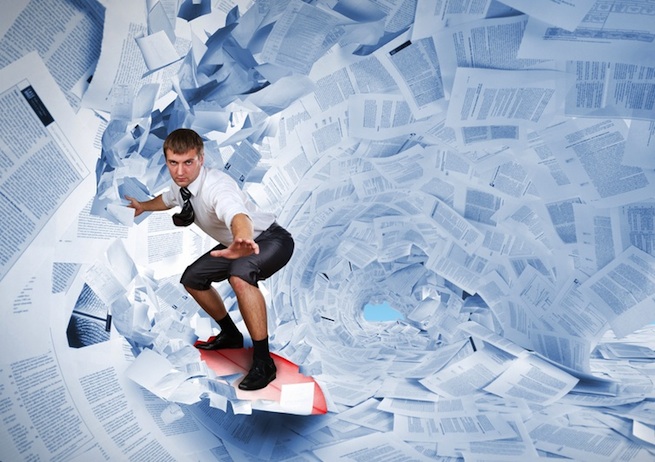 Hurricane Sandy is bearing down on the Eastern Seaboard as I write this. It’s got New York City right in front of it.

The National Weather Service is forecasting torrential rains, power outages, and widespread flooding. The storm will pick up this evening, and vent with full fury beginning tomorrow morning. The New York City transit is preparing to shut down.

Here’s why “Frankenstorm,” as residents are calling it, is not flustering New York City’s tech entrepreneurs.

In the past, extreme weather conditions like these have halted business: Mom-and-Pop stores close their doors, and large corporations issue warnings to employees to stay at home. However, through the adoption of cloud-based management systems, social enterprise tools and robust servers, tech founders are finding ways to surge ahead.

The vibe in the city is a mixture of anxious and couldn’t-care-less,” said Kathryn Minshew, cofounder of the digital media startup geared toward professional women, The Daily Muse. “A lot of people who’d previously experienced Hurricane Irene were very lackadaisical up until today, but are now starting to take this more seriously.”

With competitors down, it’s a boost in business 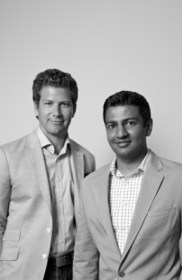 For H.Bloom, the flower delivery startup, these “fire drills” as cofounder Sonu Panda refers to hurricanes Irene and Sandy, are par for the course.

Panda (on the right, featured with cofounder Bryan Burkhart), who is currently in Manhattan preparing the disaster plan, needs to balance safety with the company’s customer satisfaction guarantee.

“We’re not a digital media startup where everyone can just work from home until the whole thing blows over,” he said. Although many of the operations staff will remain at home, for those that are engaged in the processing, design, loading and delivery of the flowers, it’s business as usual.

By leveraging the latest cloud-based, geo-location technologies to monitor the weather and the movement of trucks up and down the coast, the company will continue to deliver for as long as it can, far surpassing expectations. If a shipment of flowers cannot be delivered, its customer relationship management (CRM) system will automatically notify customers to expect a delay.

“During Hurricane Irene, we were delivering when the U.S. postal service was shut down,” said Panda.

If anything, the storm is a marketing boost for the startup, and an opportunity to showcase its technological prowess.

For small teams, it’s an opportunity to hunker down and devote time to product. “We’re using this time to sneak in a few extra hours of productivity when no-one is looking,” said cofounder Jana Trantow of JoinFun.

For companies based in Brooklyn, an evacuation zone, technical types are already congregating in the nearest safe haven.

“Three of our engineers live together and plan to work for the next three days, iterating on any feedback we receive,” said Reuben Doetsch, cofounder of Brooklyn-based startup, Sportaneous. To prepare for the storm, Doetsh told me he bought them all the essentials: “bedding, flashlights, and a generator so we can still code.”

With face-to-face meetings cancelled, entrepreneurs view this as an opportunity to get things done.

“We actually built our office to be a lot like an apartment, so myself and a few others are crashing there for a couple of days,” recalled Jason L. Baptiste, CEO of New York startup, OnSwipe. “I see the hurricane as an opportunity to be heads down and get a lot of work done over the next couple of days.”

In the aftermath of Hurricane Irene, a handful of startups went the extra mile by opening offices in perpetually sunny locations. ZocDoc, the New York-based health tech company, opened an office in Pheonix to be geographically isolated and avoid power disruptions.

They have a “business as usual” disaster plan

Not ready to open a second office on the West Coast? New York’s most well-prepared entrepreneurs from startups like Mirror, a Flatiron-based social discovery tool, Tip or Skip, the mobile shopping game, and OMG Foodie shared their finely-tuned disaster relief plans:

New Yorkers, you are nothing if not resilient!

We are updating this list as we learn more.