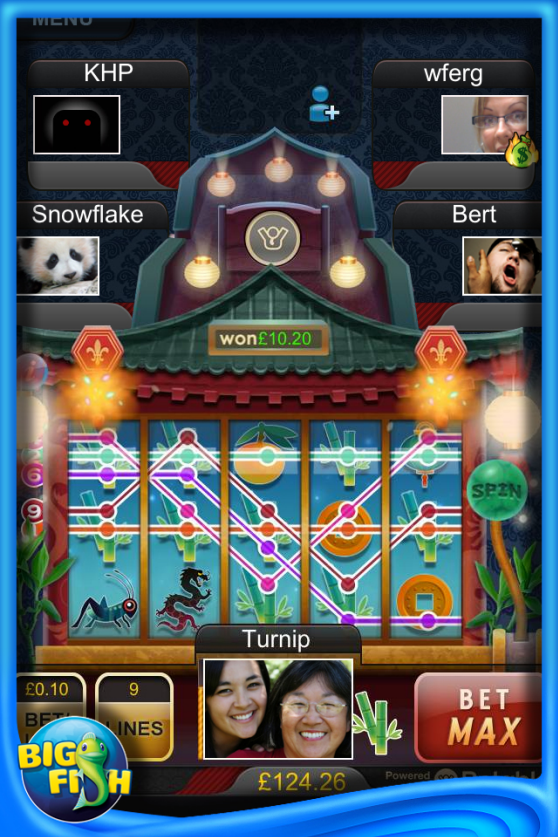 The new Big Fish Casino U.K. app allows players to choose whether they want to play for fun or if they want to make a real-money wager in the slot machine title.

The game uses technology from Betable, which hopes to enable online gambling as an option for all sorts of social mobile games. Betable does the hard work of verifying who a user is and determining if that player is old enough to make real-money bets in a game. It also checks to see if the player is in the right location for legal gambling, and it executes the round to determine whether a player won or lost a bet.

The game is the first in a series of Betable-enabled games that Big Fish will launch. The title is available in the Apple App Store in the United Kingdom and runs on the iPhone, iPad, and iPod Touch.

Seattle-based Big Fish said Big Fish Casino is one of the top-grossing mobile games with more than one million monthly active players worldwide. Betable’s servers for handling the processing are based in the U.K., but Betable contends that its technology could be used by developers anywhere in the world except in countries that explicitly forbid online gambling like the U.S.