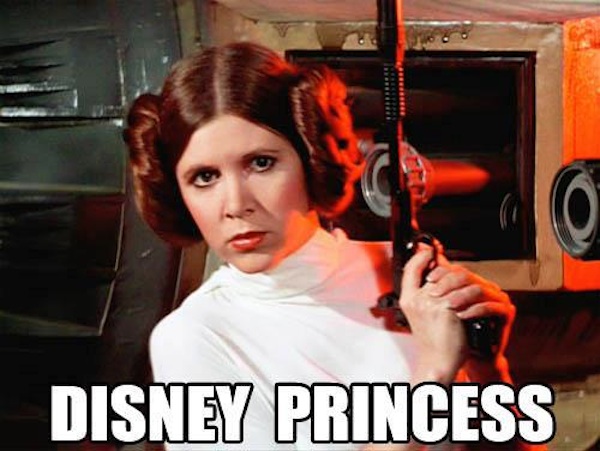 Admit it, boys. You still get a little giddy thinking about that Princess Leia poster that adorned your bedroom wall as a teenager.

It has only been a few hours since the news was announced that Disney will buy Lucasfilm for $4 billion. Already, the Internet is blowing up with Lucas-Disney graphics and mash-ups. Fox News compiled a list of trending mashups.

— When You Wish Upon a Death Star.
— Finding Greedo.
— Song of the Sith.
— Lando and the Tramp.
— Snow White and the Seven Droids.
— The Princess Leia Diaries.
— Emperor Palpatine’s New Groove.
— The Wookiee.
— Beauty and the Boba Fett.
— Lilo & Sith.
— The Fox and the Han Solo.
— Droid Story.
— Jabba the Pooh.
— Bambi Wan Kenobi.
— Chitty Chitty Death Star.
— That’s So Vader.

So we went ahead and found some of the most popular graphics that are trending on meme-tastic sites like Cheezburger. Enjoy!