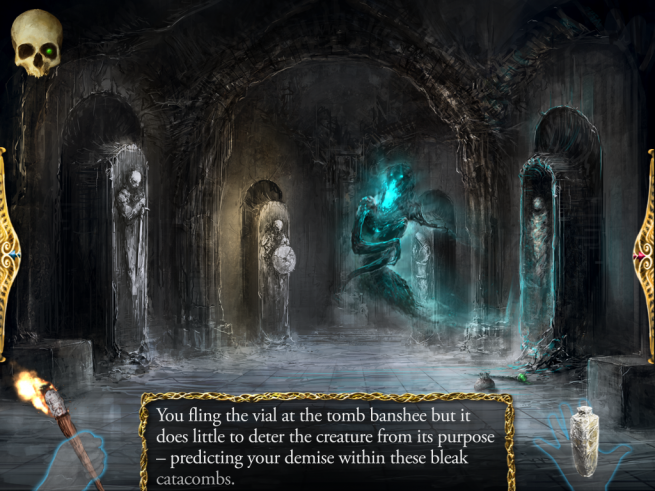 The Shadowgate Kickstarter campaign contains a few Easter Eggs. The game’s creator, David Marsh, told GamesBeat that eagle-eyed viewers will see a hidden URL in the game’s Kickstarter pitch video. The web address leads to a video of one of the game’s artists doing a three-hour speed painting sped up to a minute and a half. It’s mesmerizing.

We’ll give you a link to the video, but we don’t want to spoil it for anyone who wants to find the secret on their own. 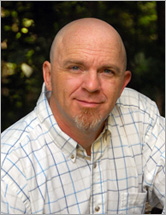 “We know this is an adventure game, so we’re doing things like Easter Eggs,” said Marsh. “We plan to update the [Kickstarter] video with a few more of those.”

Shadowgate is a classic point-and-click title filled with puzzles and dozens of ways for the player to die. Its creators have ported the original game 10 times, and now they’re back with a new developer, Zojoi, to remake Shadowgate from scratch for the PC, Mac, iOS, and Android.

“We’ve been in preproduction now for four months,” said Marsh. “We’re working in the scripting engine — working out how we’ll script each room. The art style, we’re getting that down. Once we get funded, we’ll be able to go right into production.”

In my conversation with Marsh, I noticed he was very concerned about the perception of the Kickstarter. In the pitch video, Marsh stated that he’s not a fan of coming to the table and asking for money without already having done some of the work. He repeated that when we spoke.

“We want to show that we can do it,” he said. “I know that there are people out there who’ve done [a Kickstarter before starting their game] — they’re out there. I think that’s great, but it’s just not something I feel comfortable with. We want to show people that we’re serious and that we put our own time and money into [Shadowgate].”

For those who aren’t familiar with Shadowgate, it was a room-by-room first-person adventure game set in Castle Shadowgate. It presented the player with a small window to view the environment, an inventory for tools, and a massive list of commands all on the same screen. Each room contains puzzles and secrets, and the player has to overcome them all to hunt down and defeat the Warlock Lord who is attempting to raise the demon Behemoth. In case you’re fuzzy on that, raising the demon Behemoth is a bad thing.

“We’re keeping many of the environments that people remember and have a great fondness of, but the puzzles that Karl Roelofs and I designed originally — a lot of those don’t hold up,” said Marsh. “It was our first adventure game. We’re removing a lot of the puzzles that we think don’t hold up and replacing them with new puzzles, and then we’re creating new rooms with entirely new puzzles. We’ve expanded the size of the game by about 20 percent.”

All of the environments in this remake are rich with animation and particle effects. That dated viewing window is gone, as well. The developer plans to render each room for display across a full screen.

“I think the biggest it’s ever been before was 200×100 pixels … or maybe it got up to 320×240,” said Marsh. “You can make any game look great, but if the gameplay and the design of the puzzles is subpar, then it’s not a good game. So we’re concentrating on that.”

The old onscreen-command interface will still hang around for those who want it, but the developer has something new in mind, as well.

“Our goal is to offer two different interfaces,” said Marsh. “One is a bit of a retro interface for those who like to play with all of the icons on the screen [and] interact with the world. The second thing is we’re going to do a pop-up interface where icons will spin up around whatever object you’re using your mouse on. It’s still all command-driven, though.”

Now, about that Easter Egg. At around the two-minute mark, a sheet of paper behind David Marsh and Karl Roelofs reads, “TheWarlockLord.com.” It’s a reference to the game’s villain and leads to the speed-painting video we mentioned previously.