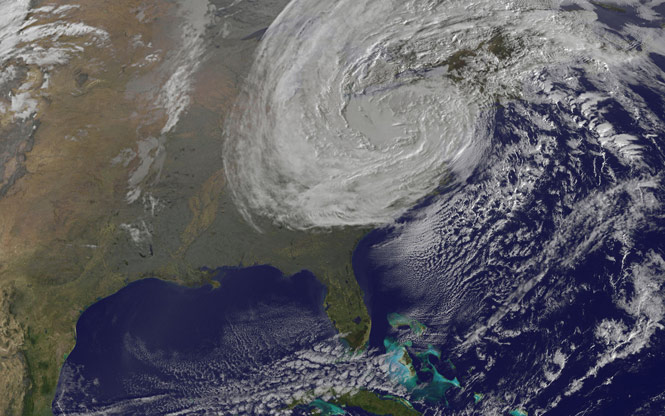 Hurricane Sandy is hammering Weather.com‘s servers almost as hard as the shores of New Jersey.

Yesterday the Weather Company, which is the country’s biggest weather service, had a record traffic day with almost a half a billion pageviews as Americans flocked to its website, mobile apps, and video live streams to watch, wonder, and be warned at the devastation Sandy is bringing to the eastern United States.

That devastation includes perhaps 8 million out of power, at least six nuclear power plants shut down, and at least 16 dead in seven states.

On Monday Weather.com alone had a record 298 million pageviews, Melissa Medori, the Weather Channel’s public relations manager told me. That’s double the previous record, and triple what the site did during Hurricane Irene.

Wondering how The Weather Company’s servers survived? We asked them. 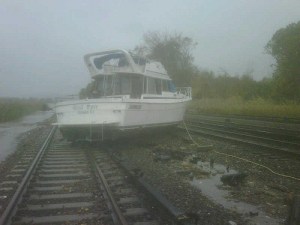 Above: Part of Hurricane Sandy’s handiwork

The site’s mobile apps saw another 125 million page views (including a record number of video views), so totaling up all the digital audience with a few smaller sites, The Weather Company’s properties had 450 million pageviews in a single day.

That’s 200 million more than the previous record, set on February 1, 2011, during the historic snowstorm that saw 2o” of snow in some places in central and eastern U.S.

In addition, including all video streams across Weather.com and the site’s YouTube channel, the company delivered more than 9.6 million total live video streams, peaking at 167,000 concurrent viewers.

All of which means, Medori told me, that Weather.com had just as much video viewership as the Weather Channel itself — which at times yesterday had more viewership by itself than all the cable news networks combined.

Apparently, the site administrators are planning for an even bigger day. For the sake of those caught in the path of the storm, one can only hope that there is less to see.