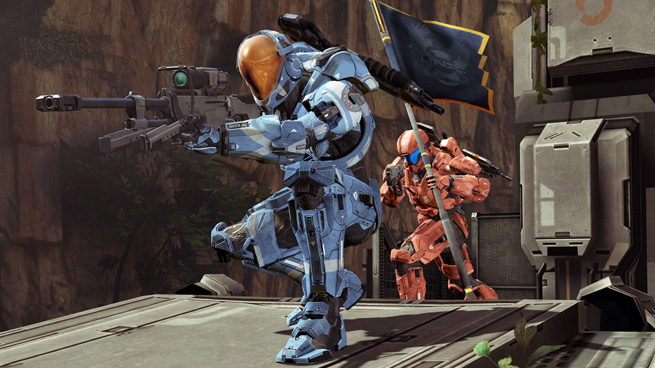 Multiplayer 5.1, please?
I get the sense that War Games’ multiplayer havoc would have benefited from an open beta and a few more general-purpose maps. Halo: Reach actually launched with fewer arenas to hunt in, but the specificity I mentioned earlier cuts two ways. A good chunk of Halo 4’s rumble pits feel narrowly defined or simply ill-suited to the more entertaining game types. Regicide works brilliantly on close-quarters maps like Adrift — full of tight corridors and a central area I lovingly dubbed “the kill box” — or Haven. In larger areas — like Longbow, Exile, Meltdown, Complex, or Ragnarok — the fun simply shuts down.

And 343 possibly forgot that some people don’t play well with others. Abandon’s sticky jungle and overgrown, three-tiered base makes a great setting for Flood (the slightly revised Infection, where good Spartans become bad mutants on death), but it’s Camping World for Slayer or SWAT matches. Spawn-in points sit right out in the open, in prime sniper-bait locations. Believe me, I frequently ended up on both the giving and receiving ends of that equation. You really can’t help it. Exile lets you merrily camp spawn points in a tank.

Match the right game mode to the right map, and you’re in for a high-caliber experience in every sense — nobody’s camping anybody on Exile during a fast-moving round of Extraction. And the Forge returns with enough new options and toys to keep the DIY crowd salivating at the possibilities for years. But a few post-release refinements are definitely in order, and I would’ve preferred more equal-use ground without needing to build my own or sink money into downloadable map packs. 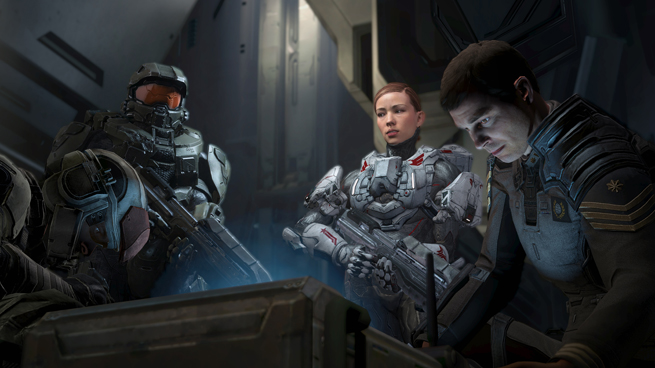 Plot ex machina
The entire arc between the Master Chief and Cortana plays out beautifully. The backstory explaining the Didact’s genocidal crusade doesn’t fare quite so well.

That half of the plot requires you to internalize a few shattering revelations about the human race that characters casually toss out and accept as if discussing a particularly dull breakfast cereal. It doesn’t help how, unlike Cortana’s slow burn, we get that info dump in one mid-game scene, and then it’s off to shoot more Covenant before we can figure out what a Composer’s for or what “the Mantle” means. My review agreement with Microsoft politely asks that I don’t talk about “the specific role of the Cryptum.” No problem. I have no idea what that is.

(Of course, if I’d read the Halo novels by Greg Bear, this would all be crystal clear. But I haven’t, I don’t plan to, and I shouldn’t need to if the game’s doing its job properly.)

I also have to admit that some of the game’s best story moments hinge on one of the worst plot contrivances out there: the officer who’s clearly too foolish, cowardly, and hysterical to ever win command of humanity’s flagship.

These aren’t new problems for Halo; less than half of the Halo 2 players I meet can accurately describe that game’s twisty plot nuances. And in fairness, terminals scattered throughout the levels unlock cutscenes that fill in a lot of narrative blanks. We get an ugly, up-close lesson on the Composer later on. Over a decade after Halo first used the term, we even learn why humans are “reclaimers” and what we might reclaim.

But at some point, 343 Industries (and game designers in general) must stop treating its epic tales like a bunch of collectible items. If it truly matters, stop hiding the pieces, commit players to the path, and tell the damn story. 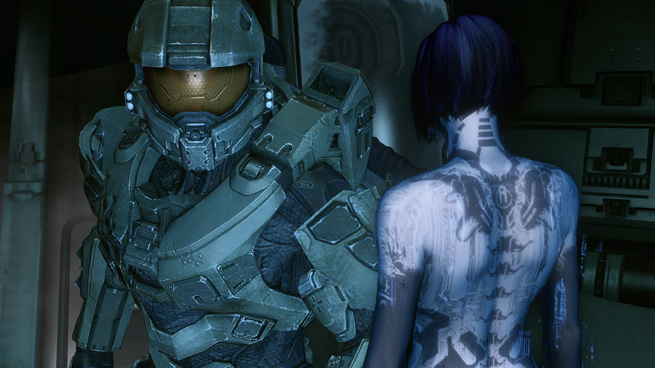 Halo 4 constantly ups the ante in smart, satisfying ways. Everything might’ve changed under the hood, but 343 did what it set out to do: make a Halo that can stand tall with Bungie’s revered classics. That’s no mean feat. If you want numbers, you get two 8-10 hour campaigns plus a deeply involving multiplayer. That’s a hell of a lot of game for your dollar. Not a Gold member? Wait until mid-January, shell out $10 for a month’s access, and nab all the Spartan Ops episodes in one go. Consider that my sound economic advice.

It’s unfortunate that 343 didn’t stretch past the standard Halo playbook instead of falling back to so many recognizable gameplay beats (and I do wonder if that was a conscious decision meant to counter the “Will it be Halo?” doubters), but the gameplay itself offsets those issues. The level design is a precision instrument. Above and beyond that, Halo 4 expertly folds an intimate story into an epic scope, taking risks with iconic characters and sticking the landing every time. The Master Chief was heroic before. Now he’s a hero.

Halo 4 releases November 6, 2012 for the Xbox 360. GamesBeat participated in a two-day review event hosted by Microsoft in San Francisco for the purpose of this review. The publisher also provided copies of the game to GamesBeat.