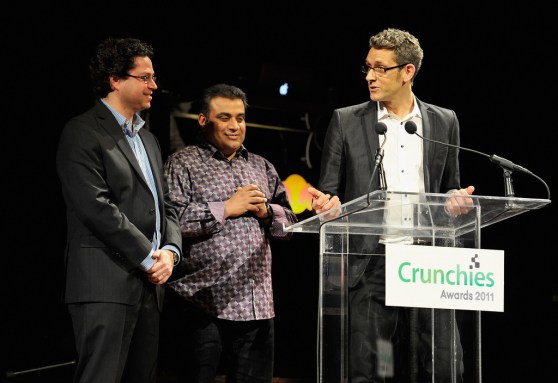 Startups, start your engines! We are now accepting nominations for the 6th Annual Crunchies Awards, which celebrate technology innovation, entrepreneurship, and startups.

This is the 6th year that VentureBeat has co-hosted these awards, along with GigaOm and TechCrunch. Over the years, they’ve become quite a big deal, attracting thousands of nominations and hundreds of attendees at the actual event.

Like last year, this year’s awards ceremony and party will be held in Davies Symphony Hall in San Francisco. It happens on Thursday, January 31, 2013. It’s a gala occasion that celebrates the best that the startup world has to offer.

Between now and then, the awards will go through several stages.

Once all the nominations are in, judges from the three hosting publications will narrow the entrants down to five finalists in each categories. We’ll post the finalists, and you’ll have a chance to vote on your favorites.

We’ll announce the winners on January 31, 2013, at the awards ceremony.

So get your Crunchies nominations in now. Want to know more? Check the official Crunchies rules.

The 6th Annual Crunchies Awards are co-hosted by GigaOm, TechCrunch and VentureBeat. Check out TechCrunch’s post about the nominations, and read GigaOm’s nominations post too.

Here are this year’s award categories, along with the names of last year’s winners:

Good luck, and may the best startups win!