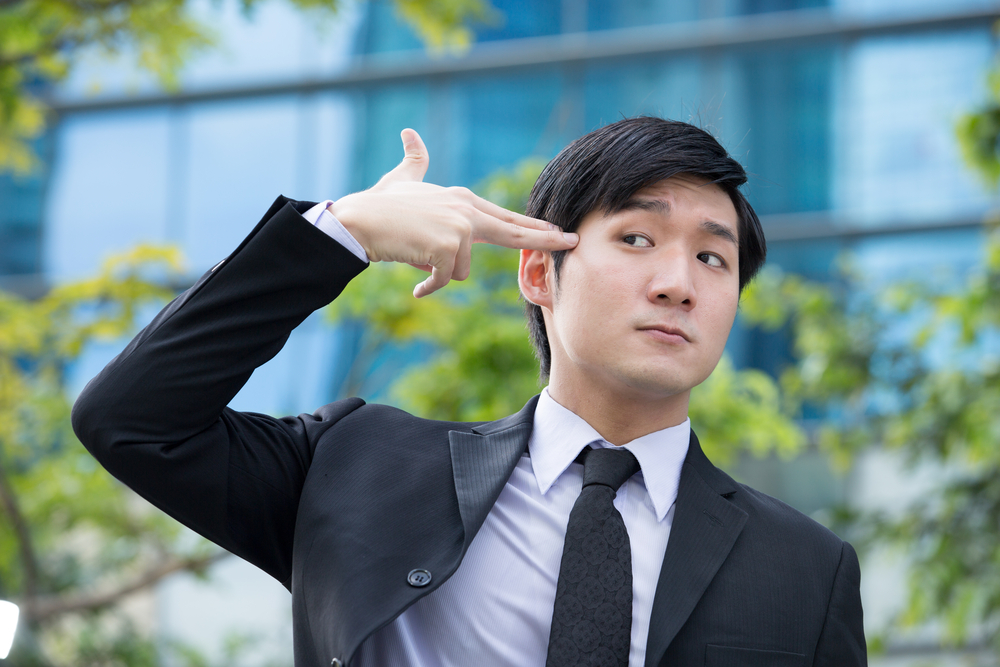 Investors in Silicon Valley are showing lower but more stable signs of confidence in the startup economy, according to a report released today from the University of San Francisco.

The Silicon Valley Venture Capitalist Confidence Index has been tracking responses from investors such as Tim Draper and Tom Baruch and firms such as Benchmark and Canaan for the better part of a decade. While VC confidence in the startup ecosystem is still on the low side — rated as 3.53 on a five-point scale for the third quarter of 2012 — numbers are starting to stabilize after the disastrous 2008 economic slide.

This quarter’s index was up only very slightly from the last quarter’s reading of 3.47. Here’s a chart showing activity over the past 35 quarters: 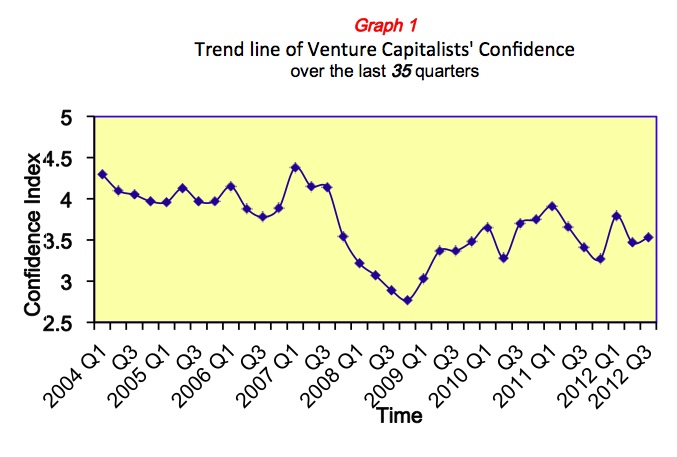 “Although the Index edged higher, the venture capitalists who responded to the Q3 survey pointed to concerns over stubbornly high valuations despite recent venture-backed public market disappointments such as Facebook, Zynga, and Groupon, and despite the overall performance of the venture asset class,” wrote Dr. Mark V. Cannice in his report on the findings.

Investors in the study who were bullish overall pointed to the enterprise and mobile markets as key growth opportunities and to the greater San Francisco Bay Area as a continuing hotbed of innovation.

Without question, the biggest shock to many Silicon Valley VCs this year was the abysmal performance of the Facebook IPO. In fact, many investors went out of their way to make optimistic predictions about the IPO, only to be publicly shamed when the stock dipped on its opening day and continued to tank for the next several months.

Here’s a sampling of VC estimates for Facebook stock’s closing price on May 18, 2012:

In the survey, John Malloy of BlueRun Ventures said, “The Facebook IPO hangover is causing some short term skepticism here.”

“The collapse of Zynga and Groupon, and the taint on the Facebook IPO, doesn’t seem to have diminished entrepreneurial enthusiasm, but it creates a drag on the investor community,” said Bill Reichert of Garage Technology Ventures.

But while Facebook, now trading around $22, proved to be a significant setback for the tech market as a whole, VCs are starting to get over the shock and get their collective groove back.

“With some solid recent tech IPO successes, the market seems to have moved on from the initial shock of the disappointing Facebook IPO,” said Institutional Venture Partners’ Sandy Miller in the index report.

Still, the bubble concerns that drove VC confidence down last year are still present; foremost among them is the feeling that early-stage companies are thinking a bit too highly of themselves.

Elton Sherwin of Ridgewood Capital stated in the report, “Many deals are overpriced, with poor risk adjusted returns. Deals that would have historically been priced at $5M believe they are worth $15 million.”

These sentiments are hardly new. Dot-com veterans were citing the same concerns last summer, with one anonymous VC complaining, “$1B is the new $100M valuation. For most, this will end in tears.”

But don’t expect the Yay Area’s army of bigwigs to cash in their chips just yet.

“While the aforementioned issues have made the entrepreneurial environment more challenging, venture
capitalists, as Peter Fenton of Benchmark Capital shared, ‘have to be optimists,'” Cannice concluded.

“Ideally, though, political and economic uncertainty will decline in the coming weeks and months, and in this more predictable environment, pent up strategic decisions and investments will be made and provide a better context for the entrepreneurial and innovative ecosystems in Silicon Valley and across the country.”