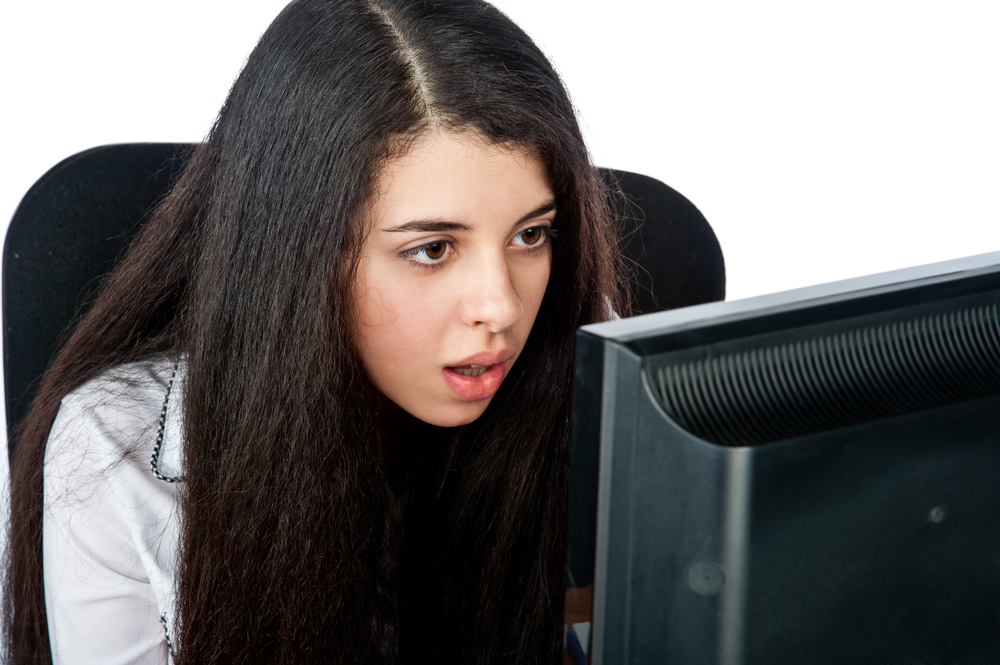 During the latter half of 2012, Firefox has once again overtaken Chrome as the number-two browser for desktop computers, and Internet Explorer has not only stayed on top but has actually seen some small gains.

Chrome had eclipsed Firefox briefly during 2012, but Google’s desktop browser lost its position during the second half of the year.

Check out these charts, compiled with data from Netmarketshare: 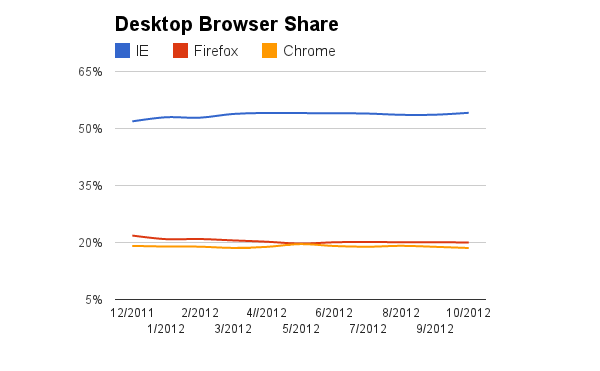 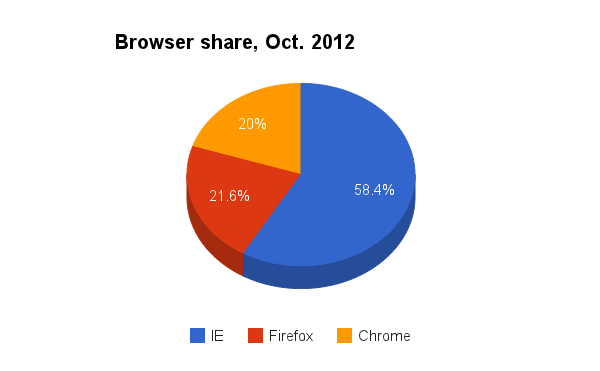 For Internet Explorer, IE 9 has made all the difference. While IE 8 still accounts for more installs overall, IE 9 has been steadily picking up steam since its launch in March 2011, thanks to better features and a faster overall experience.

Just as important for IE’s legacy has been the process of killing off older versions.

“IE 6 has been the punch line of browser jokes for a while, and we’ve been as eager as anyone to see it go away,” wrote Roger Capriotti, Director of Internet Explorer Marketing, at the beginning of the year. “Less than a year later, I’m thrilled to say that the United States has joined the ranks of Austria, Poland, Sweden, Denmark, Finland, and Norway in dropping below 1% usage of IE 6.” 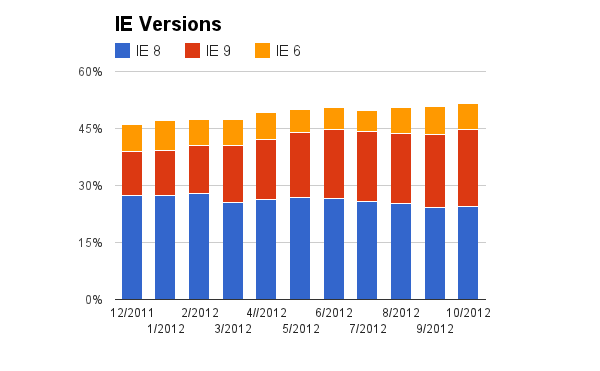 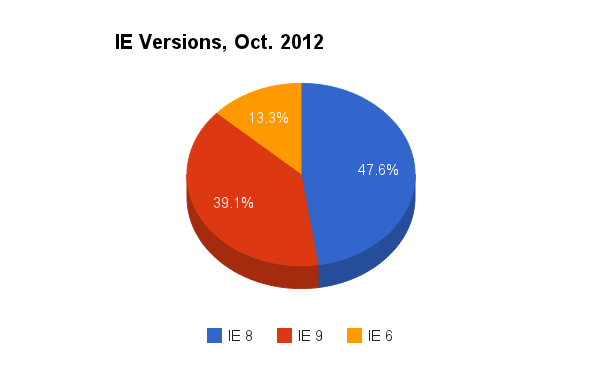 On the mobile side, Apple’s mobile version of Safari still accounts for the vast majority of usage, around 60 percent of mobile browser share. But the mobile version of Android has seen some spikes late in 2012, as well. In fact, between September 2012 and October 2012, mobile Safari lost around four percentage points, while the Android browser gained five percent.

As for BlackBerry, that OS browser’s share has dipped from three percent to 1.3 percent over the past year. 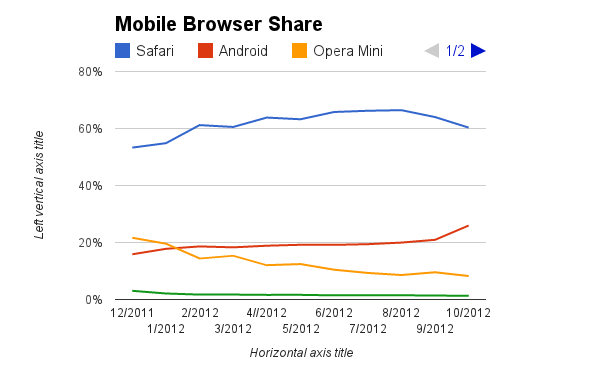 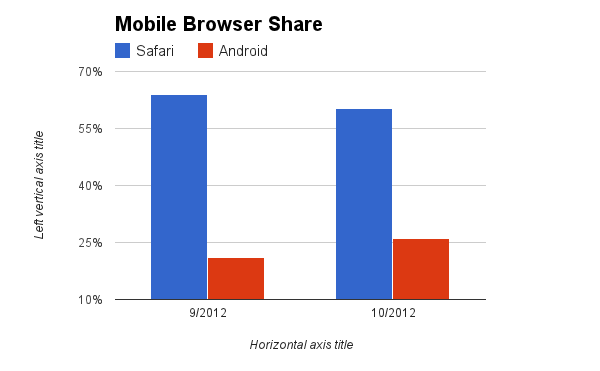