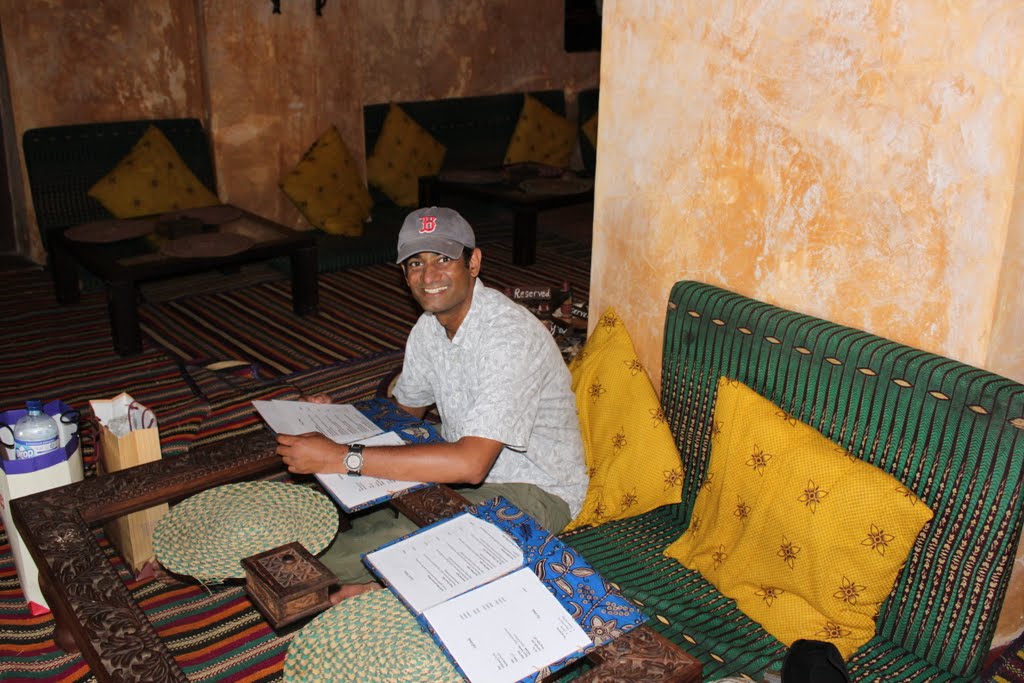 Peace Corps Volunteers and entrepreneurs have a lot in common. To be successful, both must be idealistic, motivated, adventurous, resourceful, and adaptable. Both groups pinpoint needs and endeavor to address them, and both are no strangers to bad food.

Vijay Rajendran served as a Peace Corps Volunteer in Cameroon from 2002 to 2004. Now a decade later, he has formed a startup called Hungry Globetrotter that gives people the opportunity to create authentic, delicious, ethnic meals in their own homes.

Hungry Globetrotter is a subscription service for food items that highlights an international destination every month. Users receive boxes designed around specific cuisines, with boutique ingredients that can be used to prepare home-cooked dinners. The packages come with recipes for a well-rounded meal, as well as a regional guide the tells the story behind the area and the products.

The first subscription box was called the South Indian Sampler. It contained a bottle of curry sauce and organic spices, among other things, that could be turned into a feast of madras curry, garam masala rice with vegetables and yogurt raita. Users must buy their own perishable items. October’s theme was Argentina, and included Gaucho Ranch Chimichurri sauce, balsamic pecan vinegar, paprika finishing salt, and gourmet quinoa. 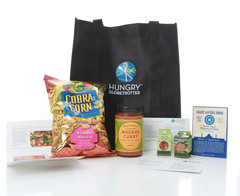 “I am someone who has lived my life pursuing good food everywhere,” Rajendran said. “I want to  introduce people to new brands, cuisines, flavors and cultures that they can experience through food. Culinary tourism is something people may only do a few times in their life and I want to empower them to have these experiences at home.”

After a youth spent living abroad, a stint as a venture capital consultant in New York, and a Peace Corps Volunteer specializing in micro finance in West Africa, Rajendran is trying to combat the standardization he sees in the American food industry. Most mainstream grocery stores are saturated with mediocre international options, while world food stores are few and far between outside of metropolitan areas,an can be overwhelming and expensive.

Another issue is a lack of knowledge. A home cook may want to create a Moroccan repast, but have no idea what ingredients to buy. The process of researching, purchasing, and preparing is time-consuming for a casual dinner in, and amateurs may be deterred from experimenting with cuisines they know nothing about. Rajendran said Hungry Globetrotter’s vision is about more than just foreign flavors. By encouraging people to roll up their sleeves and cook, it creates a global context and communal experience surrounding the food. 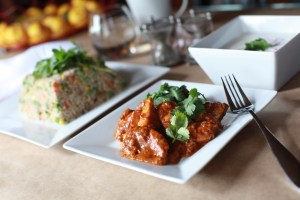 “When I was in Cameroon, I was thrown into a culture and a cuisine that I knew nothing about,” he said. “I became a part of the community through the people I connected with over meals. We would eat together and I would learn about traditions, rituals, festivals, agriculture, family life and so forth. Food became a medium for me to gather, socialize, and share. It gave me a way to genuinely explore their history and grasp a broader sense of culture.”

To this end, Hungry Globetrotter emphasizes content in addition to product. There is a smörgåsbord of food subsciprition services in the e-commerce space, such as Foodzie, Love With Food, Culture Kitchen, Global Grub, and GrubKit. Many of these sell international snacks and artisanal samples, or cater to niche markets. They are not geared towards full meal preparation which can potentially have an impact beyond exposure to new tastes.

“In American food culture, there is the over-communization of certain foods, people often don’t prepare foods at home, and obesity as an epidemic is troubling” he said. “There are studies that show that children who eat dinner at home eat more fruits and vegetables. We are not trying to be a health food company, but we know that something positive starts when people cook at home, and when that process is not a chore, but rather something exciting. The experience of preparing and enjoying home-cooked meals can address many elements of the food system that are broken today.

Hungry Globetrotter sent out its first box in September and is based in San Francisco. The November box will focus on Morocco and December will have a Japanese izakaya theme.

Startup Spotlight is a new weekly series that features a company with a unique idea or story to tell. If your company would like to be considered, please submit an application at https://venturebeat.com/news-tips/.