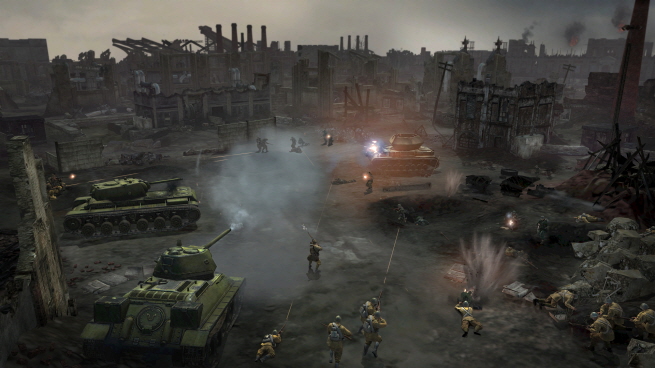 It looks like THQ is up for sale. The struggling video game publisher said today it has hired a consulting firm, Centerview Partners, to evaluate its “strategic alternatives.”

Typically, that statement means a company is looking for buyers. Brian Farrell, the chief executive of THQ, made the announcement on the company’s earnings call with analysts. He said that Centerview Partners would determine THQ’s future course considering that the company does not have enough capital to fuel all of its plans.

Jason Rubin, the newly appointed president of THQ, said he had evaluated three announced games in the pipeline and found them wanting. He asked for changes that would result in a two-month delay in publishing the games, including Company of Heroes 2, South Park: The Stick of Truth, and Metro: Last Light. As a result, THQ won’t have all of these games coming out and producing revenue as expected. THQ decided it would no longer issue earnings guidance going forward until it resolves its future.

Farrell then announced that the company would not take questions from analysts on the conference call. Such question-and-answer sessions are usually customary. He said the company is unable to answer questions right now until it hears back from Centerview regarding its evaluation.

THQ said it has $36 million in cash but has borrowed $21 million on its credit facility, resulting in net cash of about $15 million. The company has been losing close to that amount on a quarterly basis, with the latest loss at $12 million in the second fiscal quarter ended Sept. 30. THQ’s share price is at $3.02 a share, up 6 percent from a day ago. That gives the company a value of $20.7 million, only slightly above its value in cash. That is extremely low for a company that has $400 million or so in annual sales. But it suggests investors have lost confidence.

Michael Pachter, analyst at Wedbush Securities, said that THQ may be in danger of running out of money before the summer. THQ can easily spend $50 million on expenses in a quarter and the company needs to bring in revenue to offset that. He said that Darksiders II breaks even around 2 million units sold and it is still far short of that.

Atul Bagga, analyst at Lazard Capital, said that the schedule slip for the major games raises the risks for THQ as to whether it will continue as a “going concern.” He noted that THQ’s $100 million in convertible senior notes come due in August, 2014.