I've just finished killing all of my friends.

Ragdoll physics make for entertaining conclusions to their brief lives. They'll get over the ass-kicking that I have just delivered, I'm sure, but not before I'm able to enjoy it.

I'm at a LAN party. We have sixteen players shooting at each other between four Xboxes, and tonight I'm wielding the Duke as if it's a seamless extension of my mind. Halo 2's shrink wrap has only been off for a few hours, but I've established a clear dominance among my competition. My sensitivity is cranked up to a billion, and I've turned on my ADD; Twitch-Gaming is the only thing keeping me alive.

Well, that and a badass energy sword.

The year is 2004, and my favorite video game franchise is celebrating the release of its first sequel. The Halo brand is still young, and in the eyes of an impressionable 16-year-old, Master Chief is the coolest cat this side of installation 04.

If Star Wars encapsulates all of my favorite aspects of childhood, then surely Halo would be the equivalent for my teenage years and early adult life. Especially when I consider the fact that I've been annihilating endless alien hordes as Master Chief longer than I've been able to vote.

Fast forward. The year is 2012, and as I sit typing this, Halo 4's launch is imminent. The franchise has matured, and Halo has become synonymous with "awesome."

It has broken entertainment records and barriers between mediums, appearing in comics, anime, iconic magazines like Wired and Electronic Gaming Monthly … heck, Todd MacFarlane is making the action figures! 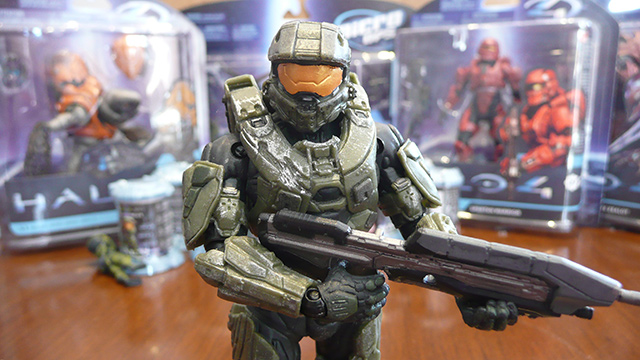 There has now been a live-action web series, "Forward Unto Dawn," (which was great), a memorable commercial helmed by David Fincher, and all of this is just leading into the beginning of a NEW trilogy, which will likely dominate my attention for years to come.

I should wrap this up by trying to make a point: As we complete the transition from physical to digital media, it has occurred to me that this might be the last time people will line up outside of a store at midnight for a Halo game, braving the cold, dark winter.

The distribution channels have changed, and we live in a new era of "instant-anything." But this era also comes with a problem: spoilers. An enemy, one whom we can all unite against, has taken advantage of the internet's instantaneous proliferation of information, and decided to throw essential story elements into the headlines.

This leaves me with no other choice but to avoid the internet until tomorrow.

So, in the war on spoilers, I wish you all good luck, and I hope to shoot you online.