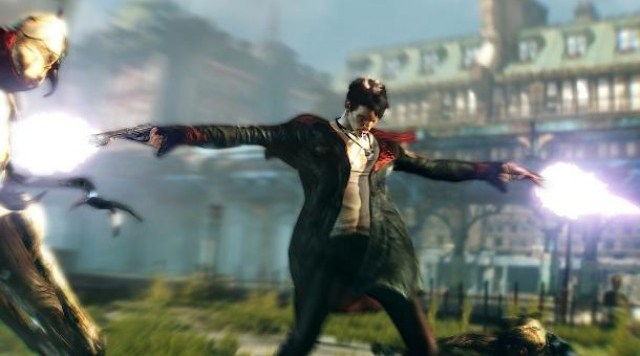 Capcom Japan's decision to let the Cambridge-based Ninja Theory studio run DmC at a relatively torpid 30 frames per second has met with mixed responses. Gametrailers say that the gameplay feels responsive and Capcom have rallied themselves valiantly against complaints by saying Dragon's Dogma ran at 30 and nobody had a problem with it. In fact, the response to the open-world action RPG was overwhelmingly positive.

The new Devil May Cry, featuring the youngest looking Dante yet is a collaborative effort between the two developers with a surprisingly hopeful hook on the press considering the reasonably bland and backward entrants to the series since its debut. But the realization that the game was running at 30 fps instead of the almost-industry-standard 60 has possibly tarnished the slashy action game’s appeal.

Veteran director of the DmC series Hideaki Istuno admitted that 60 ‘would be better’ but the studio’s experiences during the development of Dragon’s Dogma mean they’ve got a few tricks stuffed up their sleeves:

‘We did a lot of experimentation and happened upon some techniques for working with Unreal Engine, some fairly elaborate techniques, that allow for a controller responsiveness that gives the player the feel of 60 frames per second’, he told Eurogamer.

Itsuno also suggested that the frenetic pace of some action games, if presented at 60 fps can have a tiring effect on players’ eyes and therefore, ‘adjusting the speed is almost necessary.’

But the frantic pace of the series’ combat was one of its defining features, especially in comparison to the static environments which were little more than fancified boxes to leapfrog off to battle enemies in mid-air as stylishly as possible, without the sense of gravity or weight tying the player down. So why downgrade to 30 fps at all? 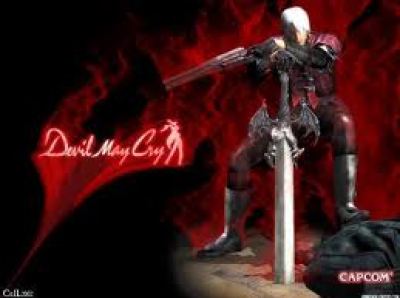 According to Itsuno, it allows Ninja Theory to fashion ‘the best visual style they were looking for.’ Stuart Adcock, technical art director at Ninja Theory added:

‘Having the city feel like it can manipulate and move and having more atmospherics was a way… [to] have a more complete experience. Hopefully it’s something that feels a lot more of a visual feast. [It’s] a stylish game, but that’s not just on the combat. We need to think of it for every aspect [and] running at 30 allowed us to be able to do that to a certain extent.’

Like Itsuno, Adcock also mentioned the constraints of the Unreal Engine 3 in the fps decision:

‘We were limited a little by the engine capabilities. We could have done it at 60 but we would have had to have had very static environments and less combat effects. We still feel like as soon as you stop playing DmC and play other games they feel very slow in comparison and a bit sluggish. At least that's for me. We're quite pleased with how responsive and how fluid it feels.’ 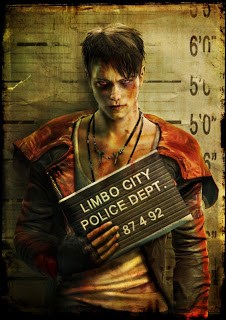 Slowing the frame rate then, definitely feels like an attempt to bring DmC into the modern era of action games, but where believable physics add momentum and satisfaction to gameplay in adventures such as Connor’s in the Frontier; DmC is still stolidly refusing to acknowledge gravity.

Knocking enemies into the air with a claymore the length of a man and juggling them with pistol fire is still something you can and will be doing an awful lot in Dante’s boots but Ninja Theory’s shift in focus to more detailed and involving environments feels like a step in the right direction, that is, away from what made the original Devil May Cry so much fun at the time and look so dated now.

With a demo on the way players will have a chance to see for themsevles whether the franchise's patented hack 'n' slash feel is surviving intact, but otherwise DmC has branched off in another direction from its predecessors. And in a more fundamental manner than framerate.

Sure, the more youthful Dante is still as much of a victim of pizza and moody punning as vicious demons, but as Adcock mentioned it's the setting that marks how differently the new development team are approaching a series that very strongly knows what it's about. Setting up the premise as an alternate dimension, 'different but not really' Dante can reapproach the 'same but not really' characters from the first game. Mundus is back as the leading antagonist and Dante's twin brother Vergil is mixed up in events as well, presumably to not make things easier. This is all wrapped up in Limbo City, the chief setting.

The series always shone brightest outside of claustrophobic gothic hallways in dreary castles so the urban playground of Limbo isn't out of character for the game. But it's how dynamic the city is being lauded as that's turning heads. At any time, the streets and alleys can warp in an effort to kill or thwart the player’s progress, closing off routes at any time. Flashing, transient messages on the walls call for your death and flickering between the real and demonic states of Limbo is reminiscent of the Gloom from Night and Daywatch.

It's a far cry from the insular rooms of previous efforts, that would lock up when enemies popped into existence and only open once they'd all been carved into meaty chunks. Limbo is an effort to rationalise what goes on in a universe that is inherently, knowingly and proudly stupid, so Ninja Theory's technical forefeiting might just inject some substance into a series that's never had anything more than style (and a nimble combat system) to stand on.