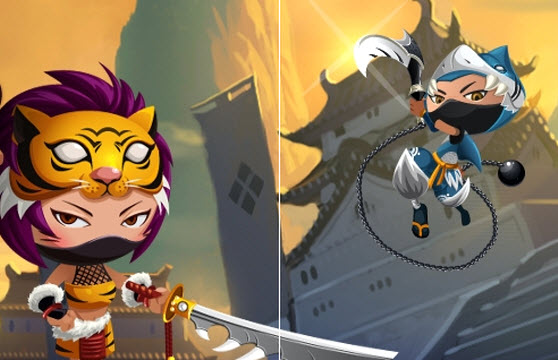 That reflects huge growth for DeNA, whose platform makes it possible for mobile game developers to reach huge crowds in Japan and, increasingly, around the globe. You can expect to hear a lot more about DeNA as it appears to be dwarfing many other major players in mobile gaming. The test remains whether it will expand rapidly beyond Japan’s borders into new territories.

DeNA said that consumption of the company’s virtual currency, Moba-coin, hit another record, bringing in $700 million from the company’s domestic Mobage network in Japan. The company attributed the growth to strong marketing — it’s not uncommon to see mobile games advertised on TV in Japan — and lot of new content and events to keep players active. Coin consumption in September on smartphones exceeded that on feature phones. That means DeNA has been successful in the transition of Mobage users to smartphones, the company said.

But the company’s business outside Japan isn’t huge. Coin consumption in the rest of the world rose to $30 million. And Mobage West in North America and Europe had six games in the top 30 of the Google Android store, Google Play. Multiple titles saw average revenue per daily active user above $1. About 80 games are available on Mobage in the West. DeNA also launched third-party hit games in South Korea and China during the second quarter, and it is expanding to Taiwan, Hong Kong, and Macau.

“In our second quarter, we continued to see steady growth internationally, as well as in Japan,” said Isao Moriyasu, the chief executive officer of DeNA. “In order to build the world’s top social games platform, we must stay focused on expanding our audience and delighting our customers with exciting games that will keep them engaged.”

DeNA has 2,000 employees in 11 countries. Last year, its sales topped $1.8 billion. In San Francisco, the company owns and operates its Ngmoco division.