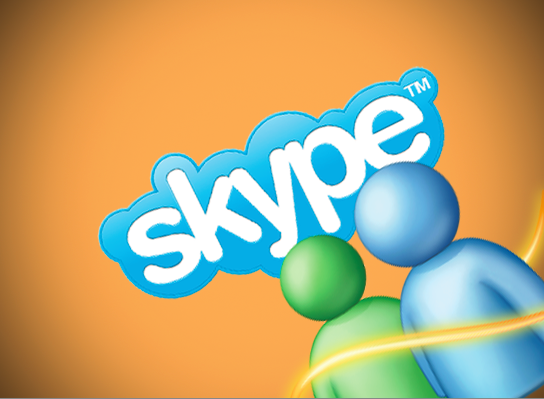 Here’s one that we should have seen coming.

The Verge is reporting that Microsoft may soon shutter Windows Live Messenger in favor of Skype, which would take over as the company’s primary instant messaging software. 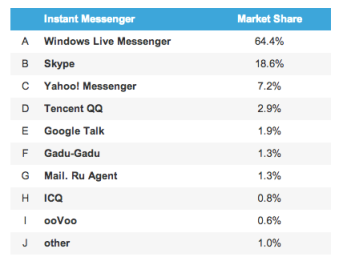 When Microsoft bought Skype for $8.5 billion last year, one of the big questions was how the service would integrate with  existing messaging services like Windows Live Messenger and the enterprise-focused Lync. By shuttering Live Messenger, Microsoft is finally giving us an answer.

While the news may come as a surprise for Live Messenger users, it’s actually been in the cards for a while now, as Microsoft already lets users merge their Skype and Windows Live Messenger accounts.

What’s notable about the news is that while Windows Live Messenger is folding into Skype, it’s the former that has the vastly greater market share among instant messaging clients.

As of this June, Windows Messenger controlled over 60 percent of the market, according to software company OPSWAT. Skype’s market share, meanwhile, hovered around 18 percent.

But while Windows Live Messenger has the market share, Skype some big features: video chat and, more significantly, hugely recognizable branding. Together, the two programs give Microsoft control over nearly 80 percent of the instant messenger market, which is why it’s not surprising the company aims to merge them.

But what does Microsoft have to say about the rumors? Absolutely nothing. “Microsoft makes it a practice to not comment on rumors or speculation,” a company spokesperson said.