GamesBeat would like to remind its American readers that your civic duty today entails more than just buying Halo 4. So put down that controller and go vote for the next president of the United States!

Many gaming luminaries have already cast their ballots or have otherwise become politically active in the days and weeks leading up to the 2012 General Election. Here’s a small sampling from Twitter:

As a rule, most corporations abstain from politics — politics = divisiveness = lost sales. But at least a couple developers have thrown their hat in the race, with public service announcements, in-game ads, and funny videos.

Larian Studios allowed characters from its forthcoming RPG, Divinity: Dragon Commander, to “campaign,” transposing real issues for thinly veiled gamified replacements. Over the last four days, they’ve hosted these informative discussions on their Facebook page. Which side do you agree with?

South Korean publisher Nexon has created an entire mini-site, “The Great Maple Election 2012,” devoted to this all-important presidential election. Nexon created four public-service videos, including this hilarious one illustrating the powers of the chief executive:

While Obama famously urged kids to “step away from the video games and spend more time playing outside,” this hasn’t stopped his campaign from furiously targeting the game-playing demographic. In a repeat of 2008, the Democrats ran in-game ads in select online Electronic Arts games such as Madden NFL, Battleship, Tetris, and others on Pogo.com. The campaign ran their ads in the following battleground states: Ohio, Nevada, Virgina, Iowa, and New Hampshire. 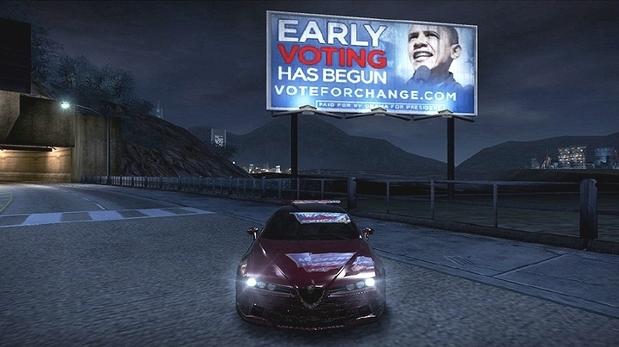 And just for a little levity on this highly stressful day, here’s a political message from the “merc with a mouth,” Deadpool: 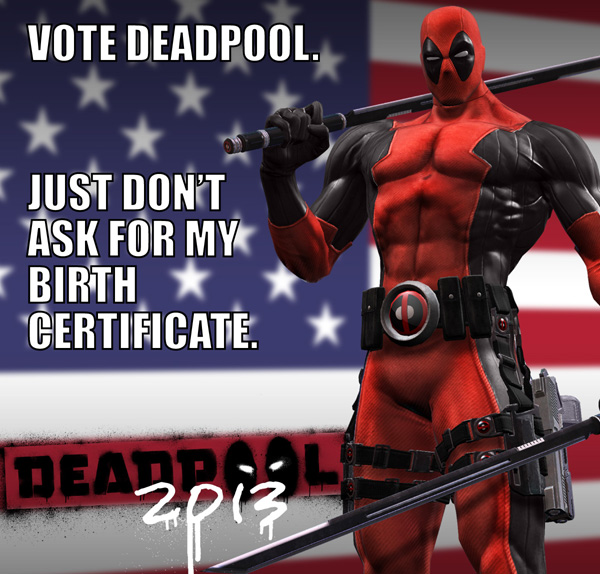