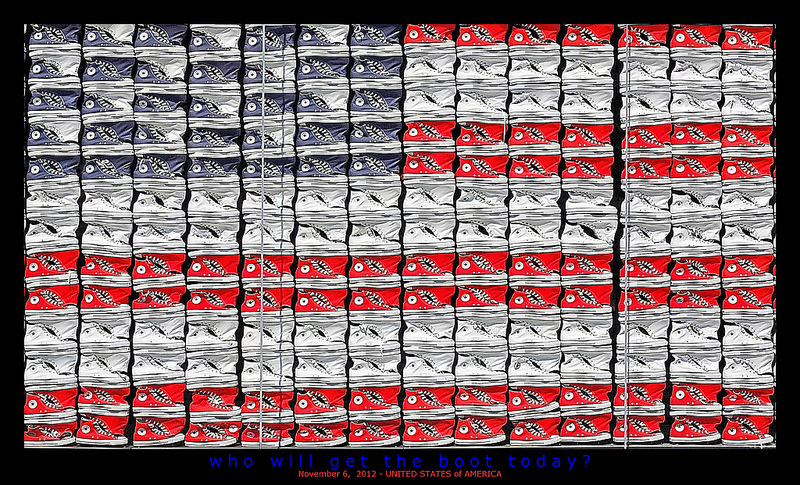 The social insight experts at Topsy have partnered with Twitter to provide live, real-time sentiment analysis of the U.S. presidential election.

The sentiment engine, Twindex, shows that for much of this year, Romney has trailed Obama. As a spokesperson from Topsy explained to me this morning, 50 is the middle ground in the chart below: anything above is positive sentiment, and anything below is negative sentiment.

Clearly, the campaign has been a fairly negative, nasty one. But Obama consistently had higher sentiment ratings on Twitter over the past year: 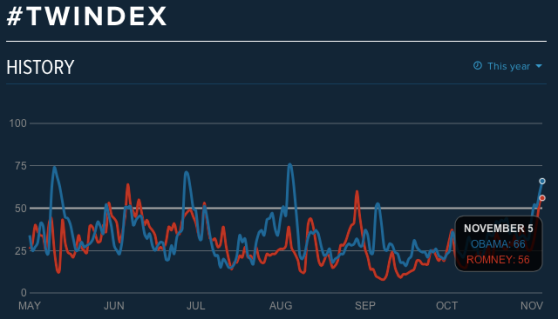 Fast forward to today, however — Topsy does real-time analysis, after all — and the story changes just a little bit. While over the last 24 hours, Obama has still led Romney in terms of positive comments and supportive tweets, in just the last hour, Obama has dropped and Romney jumped. 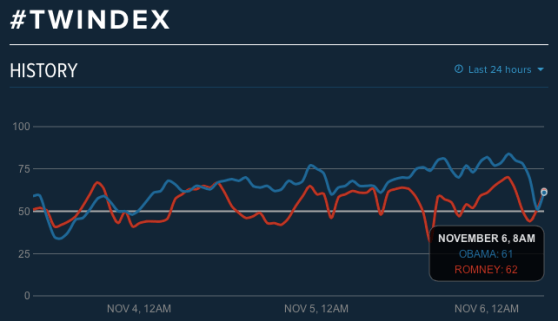 However, Obama still holds an overall lead in sentiment, probably aided by the fact that the sitting president has five times as many Twitter followers as Romney: 10 million to 1.7 million (something we’ve reported on before). A lead built up over the course of an entire year, of course, is difficult to overcome in a single day.