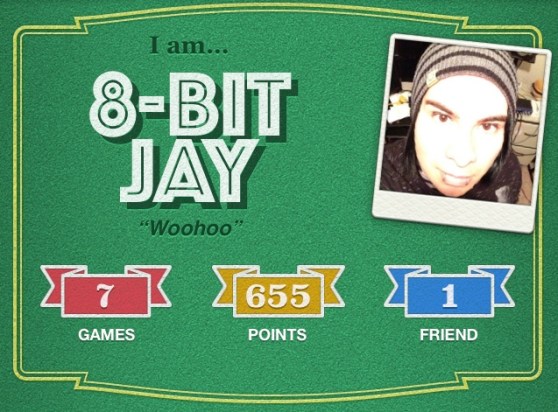 Apple’s Game Center looks like an afterthought when compared to the success of iTunes, the iPhone, and the iPad. It’s still part of iOS, but it remains largely unchanged. Former Apple CEO Steve Jobs never seemed to care much for gaming. However, the success of gaming on iOS — and the subsequent introduction of Game Center — was evidence that Apple truly wanted to nab the gaming market. 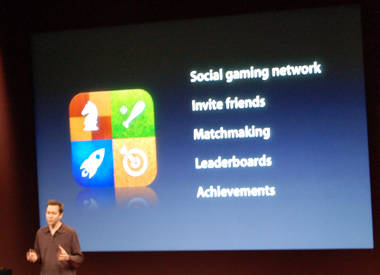 Last week, the service experienced some downtime alongside iMessage and other Apple services. Game Center’s outage went largely unnoticed. By comparison, gaming services like Xbox Live and PlayStation Network prompted the tweets of thousands of angry players when they experience unscheduled downtime or other outages.

Apple touted Game Center as one of iOS 4’s “tentpole” features when it debuted in 2010. It was an important part of the latest version of Apple’s mobile operating system, and it showed a lot of promise. Now it sits largely ignored by the company that created it. Instead, Facebook integration and solutions such as online community apps OpenFeint and Heyzap have a grip on the social-gaming market for mobile.

These competing services have their own way of staying relevant. Senior vice president of product Ethan Fassett at Gree, a social gaming service and the makers of OpenFeint, said in an interview with GamesBeat, “With more and more companies entering the market, there is an increased need to keep up with innovation and the changing industry, and we feel it’s important for us to evolve with the industry.” With that, he says Gree must always work with new technologies and concepts “to deliver a more robust and unique gaming experience to users all around the world.”

Heyzap cofounder Jude Gomila says that his company stays competitive by doing three things: “Focusing on social, focusing on design and user experience, and focusing on ourselves rather than competition.”

Could the Facebook connectivity found in many games mean that users will turn to the popular social network rather than these gaming services? When asked whether Facebook posed a threat to such services, Fasset said he views it as an opportunity. Heyzap’s Gomila said that social networks such as Facebook, Foursquare, Pinterest, and Instagram can actually be used to connect Heyzap users.

For Gomila, it’s still all about social. On what his service offers in addition to Game Center, he says it’s the incentive to choose Heyzap over Apple’s. “Most of our social features allow your friends to see what you’re playing, allow you to play with your friends in a frictionless way, private messaging between gamers, social notifications, gaming screenshots … the list goes on.”

Kyu Lee, the head of mobile game publisher Gamevil USA, said, “Game Center is great in a lot of ways for developers who are building the optimal experience for iOS devices.” The downside, he said, is that, “facing reality … almost half our friends are on Android.” This means GameCenter leaves out many potential users left out, with developers building on proprietary social networks or make use of players’ Facebook or Twitter accounts. The benefit to Game Center is that it “may be a great solution for indie devs who want to save their server costs or work only on iOS.”

Fasset’s comments support this idea. He said, “We think it’s important to be cross-platform so users can engage and interact no matter what they are playing on or where they are in the world. Gree is also constantly listening to and evolving the platforms based on the needs of the users, so we will continue to grow and evolve as the players and the market do.”

Apple’s Game Center is still behind in many of those areas. The most it offers at this point are leaderboards, matchups, and the capability to find new games based on what your friends are playing. It lacks a messaging system, and it can’t take screenshots for bragging rights. It’s arguably falling behind when compared to what’s out there.

In Apple’s defense, it has updated Game Center. With iOS 5, Apple added friend suggestions, user photos, and achievement points. Mountain Lion brought it to the Mac. The iOS 6 update lets you see a friend’s leaderboard score across all of their Game Center-integrated games and send challenges to friends.

Developers don’t seem to have any complaints. Mike DeLaet is the senior vice president of global publishing for Glu Mobile, a developer and publisher for mobile platforms. “Game Center is very easy to integrate within our titles. We’ve been using Game Center since Apple’s launch, and now it is a normal part of our development process,” DeLaet said. “It is definitely much easier to integrate than Facebook or other third-party social SDKs  [software development kits] since Apple provides the U.I. [user interface] for Game Center. Facebook requires in-game U.I. changes to take advantage of what it provides.”

Another asset of Apple’s community: Game Center provides more ways for users to find games, as DeLaet further noted, which benefits anyone in the business of selling games.

When asked if there was anything he would like to see in Game Center, DeLaet said, “Our biggest feature request for the next version of Game Center is the ability to compete with other gamers who are of similar skills [such as in-game level] so that new users aren’t going against veterans. … It’s always a better user experience if people of similar [skill level] are playing against each other.”

Jesse Divnich, the vice president of insights and analysis for Electronic Entertainment Design and Research (EEDAR), said, “Game Center has yet to emerge as a standard for connecting mobile gamers. It is one of the few serious flaws in multiplayer gaming on the iOS platform. Their recent Facebook integration is helpful in aggregating one’s friend list, but Game Center has yet to achieve majority adoption and more important use among mobile gamers.” However, Divnich added, “It’s something Apple continues to work on.”

Divnich feels that Apple needs to “do a better job messaging the importance of using Game Center to its developers.”

Another problem he pointed out is that “the recommendation system is in serious need of a revamp. Not necessarily on the front-end, but more on the back-end and how Apple creates its algorithm for recommending games.” He said it’s “years behind industry standards.”

As a player, Divnich does not, in his personal experience, find value in Game Center, but he argued, “There is tremendous value for developers, and ultimately the consumers. Game Center has the potential to create a standard for connecting mobile users.”

Apple’s resources are far from limited. Apple could, if so inclined, scoop up one of the smaller social gaming services and use their technology to create the Game Center experience desired. It’s nothing the companies were opposed to when we talked to them, but they said for now they are just focused on making the best product possible.

However, if there’s one area that Apple hasn’t found its way into, it’s the social space: Game Center, Find my Friends and Ping all sit stagnant as the rest of iOS continues to change. Apple isn’t afraid to kill its babies as it’s done with Ping. Still, it’s important to realize that gaming is a big business on the App Store and is perhaps the biggest app category. We learned at Apple’s iPad Mini keynote that Game Center has 160 million registered accounts. Whether or not those account holders use the service on a regular basis is another question.