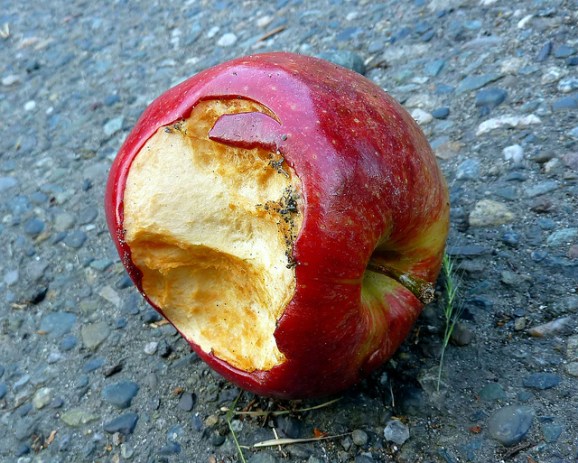 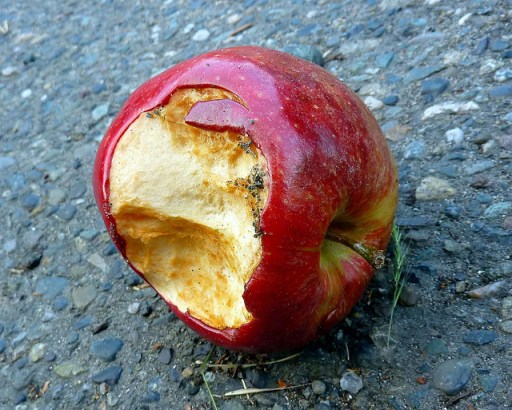 Apple today has traded as low as $557 — a 20 percent drop from the Apple’s peak in September.

Much of the decline can be blamed on the iPhone 5, which has been too successful for its own good, and Foxconn can’t keep up. “It’s not easy to make the iPhones. We are falling short of meeting the huge demand,” Foxconn chief Terry Gou said today.

That’s not the type of news investors like to hear.

But the iPhone 5 doesn’t tell the whole story. According to report by IDC released on Monday, Apple’s share of the tablet market dropped from 59.7 percent to 50.4 percent during the third quarter. Clearly, the iPad is starting to feel some heat.

There’s other trouble as well: Yesterday, Apple lost a court battle over its FaceTime technology that cost it $368 million. Combine that with Apple’s not-so-inspiring executive shake up of last week and one thing’s certain: There’s not much joy in Cupertino as of late.

But Apple isn’t alone. The Dow dropped 300 points today as many tech and financial stocks have also traded lower. It seems that with the exception of one guy, Wednesday’s been tough for everyone.