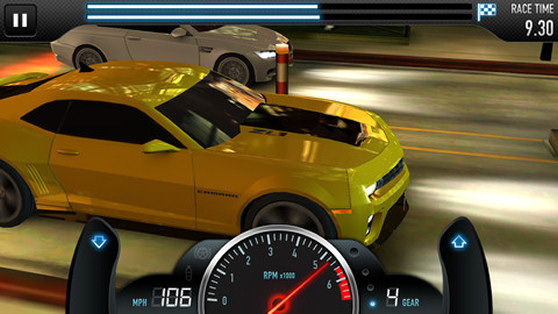 Console gamers like to think they’re committed to their favorite games, especially those that absorb us in a massive world and tell epic stories. It’s also not a stretch to say that they’re willing to stick with a hard game that tests their patience and skills. But that’s not how many people see mobile games. They’re good for a quick play session on the bus or at lunch, not countless hours of investment … right?

Maybe not. Evidence suggests that mobile players may be putting in more hours than we realize.

Trent Oster, the director of business development at Beamdog, perceives a crucial difference between the two platforms. He told GamesBeat that he expects play session durations for the PC/Mac version of Baldur’s Gate: The Enhanced Edition (out Nov. 28) to exceed that of its tablet counterpart, but he does predict more total play sessions on tablets.

“It will be interesting to see what the reality is,” he said. “Personally, I find I’ll do longer — three-hour or more sessions — on my PC, but I’ll usually only do 30-45 minute sessions on the tablets. However, I did play three hours with the iPad Mini the other day. The lightness of the little unit made for a pretty relaxing play session.” 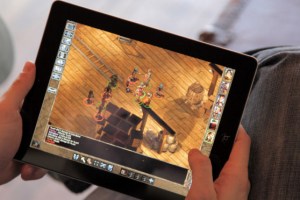 How comfortable we are with technology makes a big difference in what we play and for how long. Jesse Divnich, the vice president of insights and analysis at video game research and consulting company EEDAR, told us that console game completion rates haven’t changed over the years: only 10 percent to 20 percent of consumers complete any one game.

“At least within the HD market, when a consumer spends $60, you can at least count on them dedicating at least five hours before complete disengagement,” Divnich said. “In the mobile/tablet space, the time for a game to get its ‘hooks’ in is rapidly condensed. The window of opportunity to get a user addicted to your title is measured in minutes, not hours or days, and it remains a constant problem for independent developers.”

But mobile gamers now dominate over hardcore gamers, growing from 9 percent to 22 percent of the gaming community since last year, according to the NPD Group in September.

Mobile gaming may have boomed in popularity over the last year, but who’s more dedicated to their games: console or mobile players?

Mobile analytics firm Flurry compared console gamers’ investment to that of “midcore” and “hardcore” mobile gamers — the most similar groups across platforms in terms of gaming habits — who played their games for longer than a week (a bar of about 20 sessions). Peter Farago, Flurry’s VP of marketing, and Patrick Minotti, the general manager of games publishing, told GamesBeat in a phone interview that the results surprised even them. 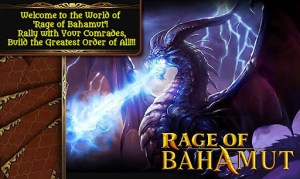 EEDAR’s statistics seem to agree: Divnich added that the average mobile/tablet consumer plays a new game only once every day, for about 23 minutes, and total disengagement tends to happen in two days. The average mobile game sees 46 minutes of playtime before it’s dropped entirely.

“The opportunity cost to try another game is incredibly cheap and in most cases free, so it is very common to see consumers blow through several games before resting upon one they plan to dedicate significant time to,” said Divnich.

But Flurry reported that with midcore and hardcore games, 40 percent and 10 percent of players, respectively, spend upward of two to three hours a day with a game.

“Out of the people who will download that game, only 10 percent to 15 percent are actually going to play that game more than a week,” he said. “And that’s because a hardcore game is typically going to ask more from its users from the beginning. … It’s going to require more attention.”

These “engaged” users can spend between 10 days to 180 days, if not more, playing their favorite titles — easily clocking in more than 100 hours or even 200 hours overall. Now consider how only a small fraction of console gamers are finishing games that require anywhere from 15 hours or 80 hours. 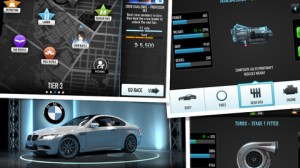 “I was surprised that there was a group of people who would spend more total time in a specific mobile game than they would in a console title,” said Farago.

Flurry concluded that because these are immersive games, people will play a little longer than the average in more sessions throughout the day — and they can do it anywhere. Compare that to a console game, where people might sit down in front of a television and play for only two consecutive hours.

Another reason has to do with the mechanics — it’s easier for players to come back to a game on mobile, increasing the frequency at which they play. But regular content updates are also important, and they’re cheaper and easier to produce for mobile than console games. They’re also a lot more accessible, and they encourage gamers to continue playing.

“I think the distinction that we’re making,” said Farago, “is that it doesn’t mean that a small-screen game that you play portably on your iOS device or Android device is any less immersive or entertaining than something you play with surround sound in your living room with a dedicated controller that has 14 buttons and a huge 52-inch flatscreen TV.”