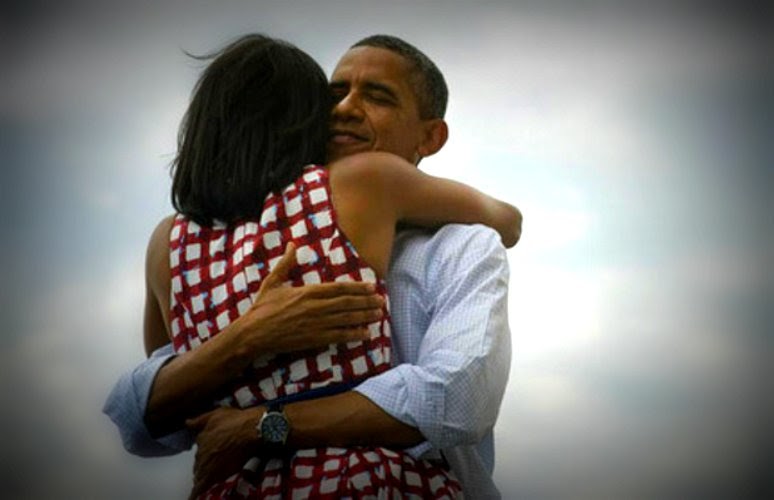 Last night, I stood in the middle of a buzzing TV newsroom. Producers scrambled, directors’ voices squawked into anchors’ earpieces, and pandemonium ensued as the so-called “razor-thin” margin suddenly swung in one candidate’s favor and the news networks started to call the race.

Then the President ended all speculation by calling the race himself. On Twitter.

The 2012 election was the first true social media election, and no one knew that better — or used it as a strength — than Barack Obama. Here’s a look at how the two most prominent social networks handled last night’s traffic and triumphed in last night’s news cycle.

First, both networks saw record-breaking volumes of talk and traffic as election results rolled in. Facebook measures volume with a Talk Meter, a 10-point scale that gauges users’ conversations and keywords for a given topic. Last night’s election buzz got “the highest score on the Facebook Talk Meter that we’ve measured this year” for Facebook users in the United States, the company said. Final tallies showed the Talk Meter registering 9.27; for contrast, the 2008 presidential election only ranked a score of 8.95.

While both services were clearly flooded by their own internal metrics, these are apples-to-oranges numbers, so let’s do some apples-to-apples comparisons.

The President’s victory tweet was the same as his Facebook victory post: a heartwarming image of Obama embracing the First Lady with three simple words: “Four more years.”

On Twitter, that message became the all-time most-retweeted update, with 710,706 retweets as of this writing. On Facebook, the message saw 469,478 shares. Clearly, when it comes to spreading the word, Twitter came out on top: 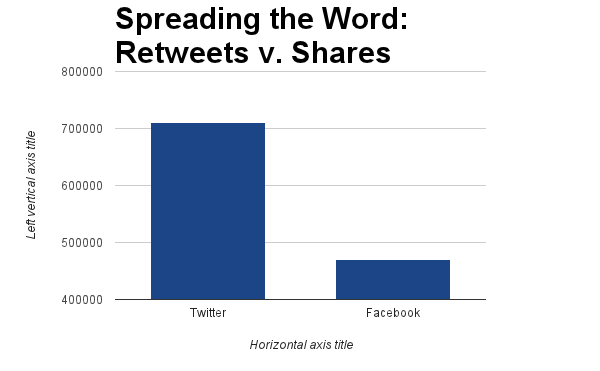 But Facebook’s flagship for social interaction around the web, the so-ubiquitous-it’s-nauseating Like button, stole the show. While Twitter’s equivalent Favorite button generated a respectable 245,238 stars for Obama’s victory tweet, Facebook saw a jaw-dropping 3,550,941 Likes on the President’s update. 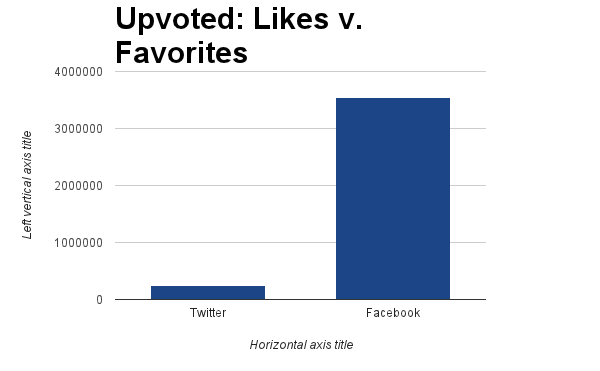 Facebook’s where the people are

Of course, a lot of Facebook’s strength is in its numbers — more than 1 billion members and still growing. Twitter, on the other hand, is less than half Facebook’s size, and its number of active monthly users is still in the low hundreds of millions. 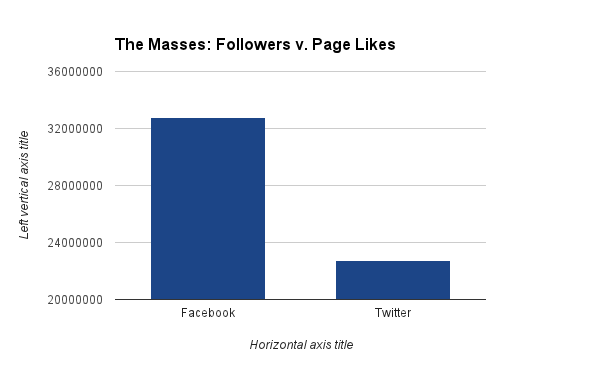 The results are in, but it’s a mixed bag

But interestingly, your news is more likely to make the rounds — and make them very quickly — on Twitter.

Chalk it up to expectations and architecture. Facebook has built on and emphasized the importance of the Like — the easy, harmless way to register your approval of an item without taking any serious action, yourself. Twitter, on the other hand, has designed the retweet and promoted that action as its main point of interaction for users.

In short, Facebook wants you to bring stories into your own world, but Twitter wants you to get involved, make the story your own, and be part of how that story spreads around the web. And that nuance and distinction made all the difference in how last night’s election story was told — and why Barack Obama chose Twitter to tell that story first.

Note: While Mitt Romney did make a brief concession post to Facebook, his campaign folks did not update the candidate’s Twitter account during election night. On Facebook, Romney’s “thank you for your support” photo generated 719,687 Likes and 28,899 shares as of this writing.