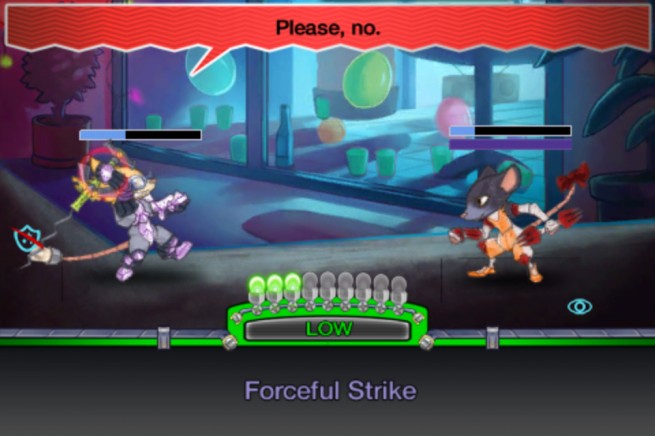 Social messaging in games is usually a ham-fisted embarrassment, but a new mobile game is hoping to teach a lesson about drug abuse in a subtle manner.

On the surface, it’s a fantasy tale about a group of warrior mice fighting against an oppressive force called the Lumini, who use the mice in a scheme to destroy the humans. The mice realize that the Lumini are using them, so the rodents fight back. Throughout the story, you discover that the way the Lumini controlled the mice is similar to the way drugs control an addict.

Developer Schell Games produced the title on behalf of the non-profit BEST Foundation, which provides anti-drug education around the country. Schell and BEST implemented the subtle anti-drug message in the hopes that gamers would absorb the lesson in an organic and subconscious way. The idea is that people are more willing to hear a social message if you don’t smack them in the face with it.

Schell is providing the game for free and without ads.