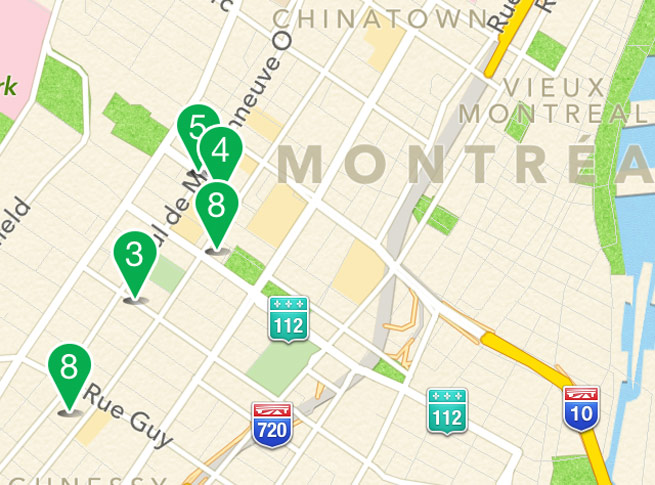 MONTREAL — Sometimes you compete by not competing.

OpenTable and GrubHub own the app-based food ordering space, right? So how does a small startup break into the market?

If you’re Richard Btaiche of Fastgrab, you compete by creating your own space. Fastgrab is a “quick service” food ordering app, and the company is just graduating today from FounderFuel in Montréal, Québec. I’m in town to cover the accelerator’s demo day, so Btaiche and I carved out a little time to chat.

“We’re a platform for restaurants,” Btaiche told me. “We connect restaurants and customers with an app for people to order food, and an iPad app for restaurants that is the first tablet point-of-sale system specifically for quick-service restaurants.”

Fastgrab has a slick iPhone app — Android is coming “soon” — that connects to the restaurant’s iPad app. Select what you want, tell the restaurant when you want to pick it up, and pay, all in a couple of minutes. Fastgrab remembers what you’ve ordered in the past, so it’s easy to order your favorite — and to track how much your guilt little falafel habit is costing you on a monthly basis.

Ordering via Fastgrab is easier for users, but it also has a major benefit for the quick service restaurants, which are, as Btaiche says, “rush-hour businesses.” Serving a client at the counter takes an average of 39 seconds. Serving a Fastgrab client takes an eighth of the time … just 5 seconds.

But why not add delivery?

The answer to that question ties into how Fastgrab plans to carve out its own market space. Delivery, Btaiche says, is a relatively small market. The market he wants to serve is much larger: all quick service restaurants. That adds a point of differentiation from GrubHub, and it also separates Fastgrab from OpenTable, which is aimed more at sit-down restaurants.

The service charges restaurants a small fee and commission for inclusion, and plans to leverage property managers to scale quickly across the U.S. and Canada.

“Most restaurants lease their space from property managers, and there’s only a few players there,” says Btaiche. “Four companies own 46 percent of the food courts in the United States.”

FastGrab, as a soon-to-be-graduate of FounderFuel, has a $25,000 investment from the accelerator, and is opening a $500,000 seed round today. It will also likely be taking advantage of a $150,000 convertible loan offered to most FounderFuel graduates by BDC, the Business Development Bank of Canada.