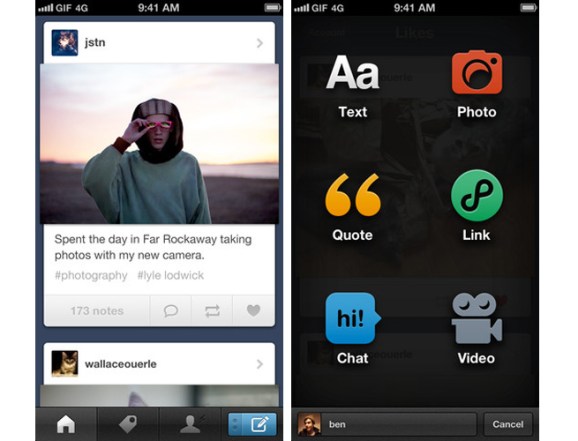 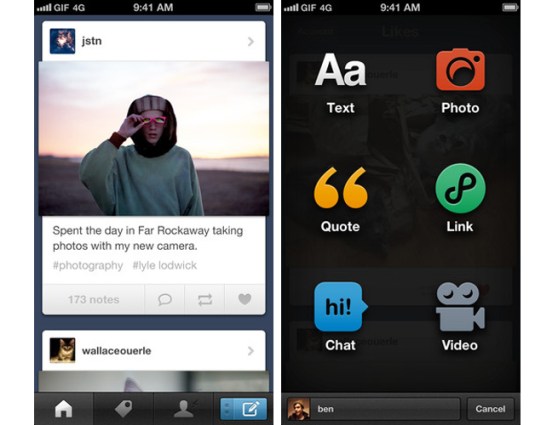 In June, Tumblr took its first steps toward making the iPhone app work well. Today’s refresh is faster and more responsive than the old version. Tumblr software engineer Bryan Irace describes the app as “completely native,” which is reminiscent of Facebook’s decision to move from an HTML5-heavy mobile app to a mostly native app that worked much better.

In the iTunes store, Tumblr highlights the following additions to the iPhone app:

About a month ago, Tumblr also released an iOS app called Photoset for a single purpose — making and sharing sets of photos.

Unfortunately, Tumblr still hasn’t created a native iPad app yet. Let’s hope that will come next.