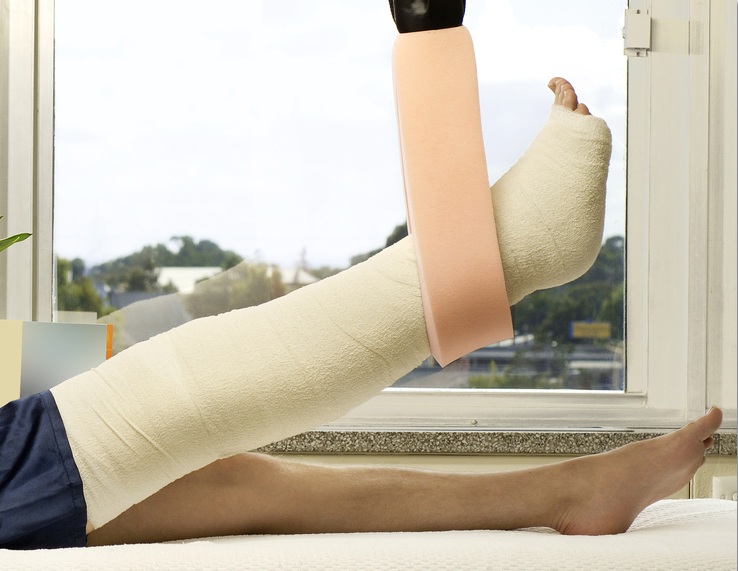 Shortly after the company’s IPO, the stock tanked. Marketing costs were threatening the very existence of the company. Wall Street had pretty much written it off.

That sounds a lot like the story of Groupon. After missing earnings yesterday, the company is down close to 25% today. It’s trading roughly 85% below its offering price of $20 one year ago. (Disclosure: I’m short Groupon.)

But the story I’m talking about today is that of Varsity Books, a high flier in the first dot-com boom. It went public shortly before the bubble burst and crashed along with the rest of the Internet sector. I had a chance to talk with co-founder Eric Kuhn earlier this year.

Varsity Books sold textbooks to college students, presenting one of the first challenges to college bookstores.

“We heavily discounted, we subsidized shipping or had free shipping, and we spent a ton of money marketing on college campuses and national marketing — MTV, radio stations — to convince college students to buy from us,” Kuhn said. The company was spending more on customer acquisition than it was generating in profit from each customer.

“We grew quickly under that original business model, which was to raise money, use it to market, use it to get market share, and then raise more money,” Kuhn said. “In a little less than two years, we went from an idea to a public company.”

The company went public about a week after Pets.com.

“Up until that point, we had built and run a business with several hundred employees geared specifically to just capture market share,” Kuhn said.

“Relatively soon after the IPO, I made a gutsy call and went to the board of directors and said, ‘Hey, we need to profoundly change our business model. I think there’s a good chance that we’re not going to be able to raise additional money, and we need to figure out how we’re going to cut our burn rate dramatically and identify a business that’s going to allow us to get profitable years before we originally anticipated even if it means profoundly changing the business model and growth trajectory,'” Kuhn said.

“Usually after you go public, it’s sort of this celebratory type feeling,” Kuhn said. “At the same time, it was jaded by the realization that things weren’t right. It was something where we would likely need to make some significant changes. In our case, it was pretty much dismantling and rebuilding an entirely new business, which for us literally saved the company.”

Kuhn said he tried to ignore many of the pressures of being a public company and didn’t make business decisions differently specifically because Varsity Books was a public company.

“I think a lot of public company CEOs face that additional pressure, making quarters, making numbers,” Kuhn said. “You don’t have any of that when you’re private.”

Varsity Books was de-listed from the NASDAQ. After Wall Street gave up on the company, Kuhn managed to reposition Varsity Books into a different business. 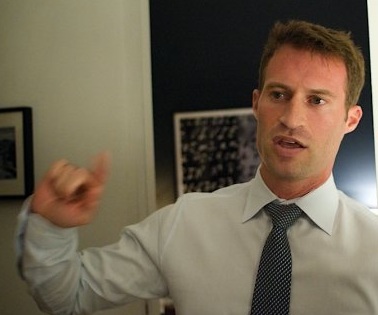 Instead of selling books directly to students, which involved high customer acquisition costs, Kuhn pivoted the company to partnering with private high schools to sell books to their students in exchange for a revenue share. (Partnering with colleges was out of the question, because they were already in the business.)

“You could instantly see the profitability behind the model,” Kuhn said. The company didn’t have to discount, and it saved dramatically on marketing expenses. It also allowed the company to drop headcount from around 250 to around 14.

“We had a football team, but we were now playing water polo,” Kuhn said. “We had to radically change who we needed, what we needed.”

“We were able to get profitable pretty quickly and grow profitably and get re-listed on the NASDAQ a couple of years after that,” Kuhn said.

Varsity Books was eventually sold to Follett, which is best known for running bookstores on college campuses.

He’s running a high-end deals site. And it’s a deals site that I like.

FoundersCard is a membership program targeted at Internet entrepreneurs. For an annual membership fee, FoundersCard provides discounts on a wide range of services. (Disclosure: FoundersCard provided me an evaluation membership.) I’ve found that the best benefits revolve around travel. I was in Boston earlier this year and used my FoundersCard to get one of the last rooms at the W Boston hotel, at a time when the city was nearly sold out and a few mediocre hotels with availability were going for around $500 a night. I paid $289 with FoundersCard’s negotiated rate.

I’ve said throughout my deals coverage that the key is to strike the right balance of value among consumers, merchants, and the company. Unlike most travel booking partners, FoundersCard doesn’t charge hotels a commission. That makes it easier to negotiate things like low last room availability for consumers. Founders has some of the best LRA rates I’ve seen for hotels like the W and St. Regis in San Francisco.

Because the site is targeted at a higher value consumer, hotels don’t have to worry about bottom feeders who come in seeking a cheap room, don’t spend any money on food and beverages, and detract from the experience of their other guests.

“We essentially are delivering to our partners a customer that has the potential for being a lifetime customer,” Kuhn said. “In our case, they are usually founders or CEOs, people that travel a lot, people that are looking for great value but great hotels.”

Kuhn cites a couple of important differences between the Varsity Books experience and Founder’sCard: Technology costs have plummeted, and social media like Facebook and Twitter have made spreading the word easier.

“If you have the right tools and products in place, you can essentially acquire customers with no cost, as long as it  is a very high quality product that people feel strongly about, connect to, and are willing to spread the word about,” Kuhn said.

FoundersCard has 8,000 members and is profitable. Kuhn said the company achieved profitability within the first year.

“We’re not all about growth at all costs; we’re not about quantity at all costs,” Kuhn said. “For us, it’s very much a high-quality member base, a high quality partnership program with our benefit partners. We very much take time to shape ongoing partnerships that aren’t going to burn out.”

I told Kuhn that I loved the concept and thought he had a sustainable business model. But, I said, there’s no way that FoundersCard could ever go public.

“If you said that to me 12 years ago or 15 years ago, on the first company, I would have fought you on that, and I would have thought what you said is just an insult,” Kuhn said. “When you say it right now, I say, ‘So what?’ I say, ‘We have absolutely no desire to go public.’ I don’t look at that as any kind of badge of honor. Going public is a financing strategy. It’s not an endgame to anything.”