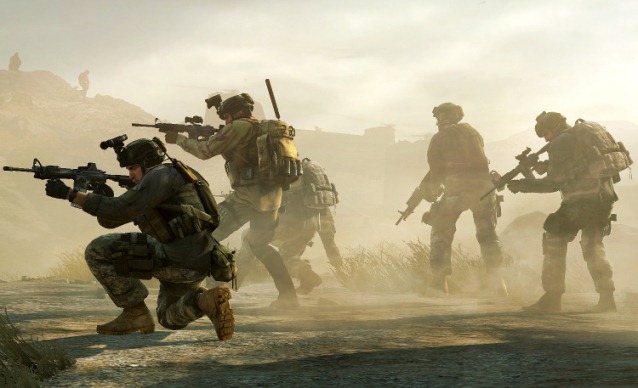 Who knew the Department of Defense took operational security so seriously?

Multiple outlets are reporting that the government agency charged with protecting our nation’s secrets – the DoD – is punishing seven active-duty Navy SEALs who consulted on EA’s Medal of Honor: Warfighter. Four more are under investigation.

The DoD docked the SEALs’ pay for two months and placed letters of reprimand in their file. For all intents and purposes, this could end their careers. 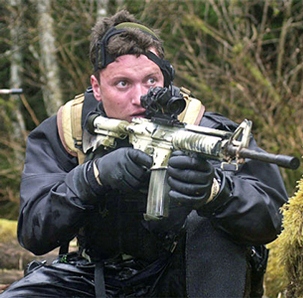 Last month, GamesBeat reported that EA consulted with two dozen active-duty and retired SEALs and other Spec Ops personnel – including Matt Bissonnette, who was part of the Seal Team 6 team that killed Osama Bin Laden – for Medal of Honor: Warfighter.

The latter has now been definitively settled. Apparently, the SEALs didn’t follow the normal vetting process, and they’re paying the price.

While civilians aren’t obligated to safeguard classified information – think of it as freedom of the press – military personnel are entrusted with security clearances, which entail very specific guidelines and restrictions.

And the military is very clear about interacting with the media: Service members must obtain permission before speaking to journalists. Typically, the DoD will refer the military personnel or media to Public Affairs Officers (PAOs).

I have no doubt that EA’s intentions were pure. The Medal of Honor reboot (2010) – based in part on Afghanistan’s Operation Anaconda – took great pains to honor the heroic sacrifice of our men and women in uniform. See this quote, taken from the game’s ending.

But EA forgot to bone up on OPSEC procedures.

In the interests of full disclosure, I was in the Army Reserves for three years and can attest to the fact that the military takes OPSEC (and idle chit-chat with the media) very seriously – especially after General Stanley McChrystal – formerly the Commander, International Security Assistance Force and Commander, U.S. Forces Afghanistan – got a little too chummy with a Rolling Stone reporter, thereby forfeiting his career.

But the DoD is especially sensitive about OPSEC concerns (the ‘ol “loose lips sink ships”), and Kathryn Bigelow’s Zero Dark Thirty – a fictionalized account of the raid that killed Osama Bin Laden – caused a recent stir.

In response to the alleged disclosure of sensitive intel, Rep. Peter T. King (R-NY), Chairman of the Committee on Homeland Security, said that “I am concerned about the possible exposure of classified information to these filmmakers, who as far as I know, do not possess security clearances.”

King has called for an investigation.

Given this turn of events – and the DoD’s ruffled feathers – it’s no surprise that the SEALs who consulted on Medal of Honor: Warfighter face disciplinary action.