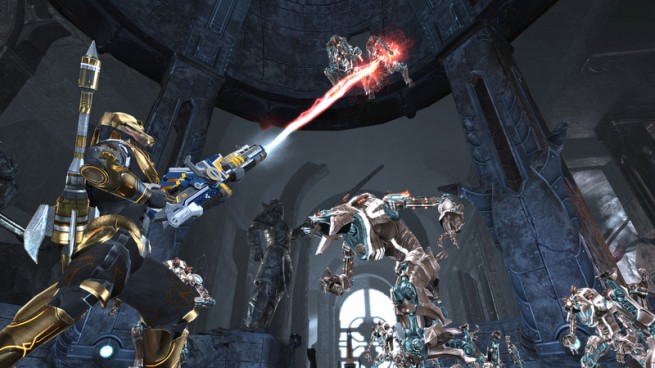 Never sue Epic Games. That’s the lesson we should all take away from Silicon Knights’ attempt to sue the Gears of War developer.

In addition to the $4.45 million in damages that Silicon Knights must pay Epic Games, the Eternal Darkness developer must now recall and destroy all the remaining unsold copies of Too Human, X-Men: Destiny, The Sandman, Siren in the Maelstrom, and The Box/Ritualyst.

Does that sound remarkable to you? That’s because it is.

“Destruction of products that infringe on a copyright or trademark is common, just not in the video game world,” said Wedbush Securities analyst Michael Pachter. “If this involved rip-off Oakley sunglasses or rip-off Louis Vuitton handbags, they would have to be destroyed. But I’ve never seen a lawsuit like this in video game land.”

The order comes from a 47-page court document that found that each of the aforementioned Silicon Knights titles had at least 500 lines of code, some had thousands, lifted directly from Epic Games’ Unreal Engine 3 software development kit. Silicon Knights must also go through Too Human and remove any UE3 code to the satisfaction of Epic Games.

Naturally, Silicon Knights must pay for all of this.

In 2007, Silicon Knights filed the original lawsuit. The developer claimed that Epic used the payments Silicon Knights made to license Unreal  Engine 3 to fund the development of third-person shooter Gears of War and not to improve the UE3 software.