Two firms are strides ahead of the competition. 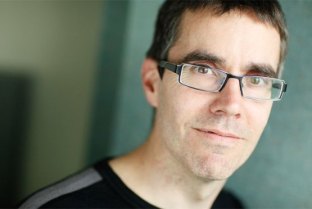 Google Ventures is taking a radically different approach to venture capital by employing data scientists and designers to work with its portfolio companies, and it has already brought on three full-time statisticians to tackle this problem.

The statistics Ph.Ds focused on the question of early-stage investment. The partners wanted to know which factors made for a better chance of seeing a return on their investments. They found that the best way to make seed-stage investments was to make a larger number of deals — between 60 and 80 per year — that would generate a mean return of 25 percent.

“What really mattered was the diversity,” Google Ventures’s partner Joe Kraus told VentureBeat in a recent interview. “In the seed stage, you’re only gonna focus on the team; the product is too nascent.”

Likewise, General Catalyst has experimented with new approaches to investment. “Time will tell if it can work,” said Farmer, a General Catalyst general partner. Farmer is an expert on deal origination, arguing in a paper that an analysis of social media streams can be an effective way to evaluate and source deals.

These algorithms were not designed to do the work of venture capitalists — but they can supplement the traditional processes.

Let computers do the groundwork of monitoring everything through time. When humans dive into that information, they can pull out the pieces of the puzzle that look interesting

Sean Gourley, the cofounder and chief technical officer of “big data” startup Quid, said he was brought on as a consultant (this was how he met investor and adviser, PayPal cofounder Peter Thiel) to investigate this problem. “When a problem becomes more complex than a game of chess, a computer can’t solve it,” he explained. “Is monitoring global investment trends more complicated than chess?” Undeterred, Gourley hit on a similar finding. The computer was highly adept at picking out potential markets, and the right time to strike.

“Here’s how it would work: there are repetitive patterns that can be tells or signals that may show or warrant further interest,” Farmer said. “And then you do primary diligence … you do the traditional investment process.”

Farmer pointed to outspoken investors like Paul Graham, the founder of Y Combinator, who famously looks for entrepreneurial rebels that haven’t pursued a mainstream path. It’s an indication of the limitations of numbers-driven investing — an algorithm would favor highly experienced engineers or business leaders. Likewise, Ron Conway, one of the Valley’s most prolific angel investors, espouses investing in “people first.” According to Conway, markets are often in flux, but a great entrepreneur can change course to meet a pressing need.

Venture capital has exceptional investors and exceptional entrepreneurs. And yet, on the whole, the VC industry has not delivered returns that exceed the public market for more than a decade. With critics calling for more data-driven analysis to fix a “broken industry,” it’s about time VCs caught up.

At CloudBeat, VentureBeat’s upcoming conference, the Big Data theme will be explored by experts through real-world use cases.