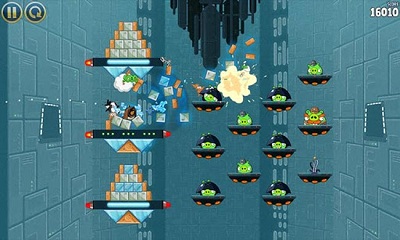 GamesBeat: You could do Angry Birds Star Wars: The Skylanders edition. Put them all together into one massive mash-up.

Vesterbacka: With Skylanders, you could also use the counter-argument: “Hey, it’s just a fad. How many plastic toys can you buy?” But I love what the Skylanders guys are doing. It’s a great example of physical and digital together. That’s the kind of stuff Activision should be doing. From our perspective, we’re only getting started. We only have about a billion downloads, and we’re working on the next billion. There’s lot of people on the planet left that still don’t play our games.

GamesBeat: What do you think of the landscape of mobile gaming now, compared to when you started? Every single gaming startup is now a mobile-gaming startup.

Vesterbacka: But we’re not. We’re an entertainment company. We don’t consider ourselves a mobile company or a gaming company at all. Good luck to all the guys in mobile gaming — it’s a great place to be — but it’s another niche.

GamesBeat: It seems like mobile gaming has arrived, though.

Vesterbacka: Absolutely. We were talking about advertising this morning. We’re going after TV. When we meet with the big brands these days, they say, “Let’s meet with the digital team.” I’m always saying, “I don’t care. I want to meet with your physical team. Where’s your physical marketing team?” It’s an irrelevant split.

We’re doing a big campaign now for McDonald’s in China, 1500 restaurants turning the golden arches into slingshots. It’s a whole experience that we’ve built. Yes, there’s a digital component, but it can be physical as well. We have the TV. We have the online. We have everything. It’s massive, and it’s all integrated. This is what’s important, to get to a point where we talk to the people who are doing the real brand campaigns. Not talking to some dinky little digital operation. The industry is growing up. 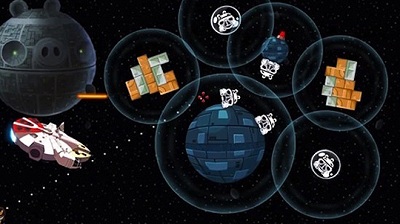 GamesBeat: What else is coming for you?

Vesterbacka: Christmas is important for us, so we’re going to have some exciting stuff coming up. Angry Birds Star Wars and all these physical products are a big part of our plan. This is the first year we’ve had such an amazing lineup, with Bad Piggies and everything else, and we still have a few things cooking for original games.

Vesterbacka: We would have loved to. If we’d had a year or two, we would have been in a better position for it, but Disney beat us to the punch. [Laughs] We have a great partnership with Lucas, though, and I don’t think the Disney acquisition will change it too much. It doesn’t make sense for Disney to mess up a good thing.

We’re still a tiny company from a tiny country, so it’s fun for us to be a part of this. We’re already active in all areas of entertainment, though. We’re making animation. We’re making toys and all kinds of physical products. We’re building activity parks all over the planet. It’s a very good start. The most important thing is we’re having tons of fun every day, and we’re learning every day — from Lucas, from Sanrio, from the best people out there. There’s so much that we can learn and that we’re learning, and it’s fun. Can’t ask for much more than that.