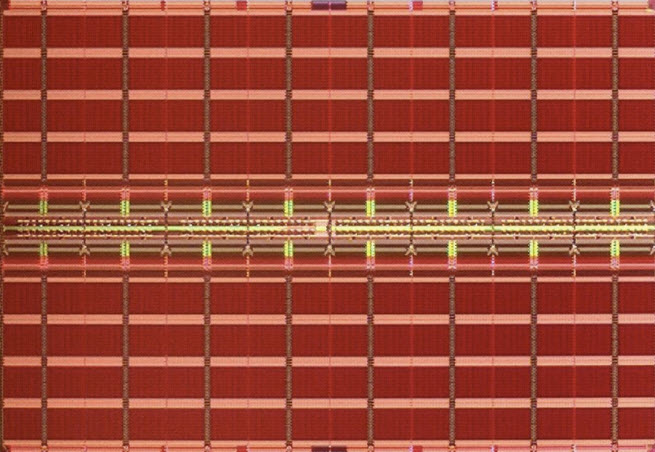 It’s introducing its 64 megabit DDR3 Spin-Torque MRAM chips. The move is part of its long-term plan to replace dynamic random access memory (DRAM) chips and Flash memory chips by combining the features of both in a single chip. 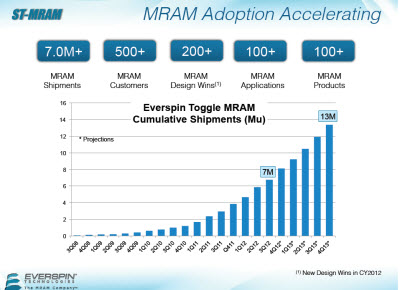 Magnetic Random Access Memory (MRAM) chips perform the same functions as permanent Flash memory chips but also have the responsive speed of dynamic random access memory (DRAM). The MRAM chips use the spin, or the directional facing of a magnet, to store data in digital form. Back in 2008, Everspin was shipping MRAM chips with just 1 megabit or 4 megabits of storage. But the new chips have 64 megabits of storage. That’s far smaller than typical dynamic random access (DRAM) chips that serve as main memory in smartphones, tablets, and PCs. But MRAM chips offer huge power savings, faster data transfer, and permanent storage.

“Our first ST-MRAM product has the potential to carry today’s high performance storage systems to greater heights,” said Phill LoPresti, the president and CEO of Everspin Technologies. “We are collaborating with select customers to allow them to evaluate and take advantage of Spin-Torque MRAM technology sooner and to gather feedback that will help us finalize our 64Mb DDR3 ST-MRAM for production.”

Everspin says that next-generation Spin-Torque MRAM will enable the company to scale up its memory size to a gigabit or more. Everspin says it can offer 500 times the performance of NAND Flash memory (which stores data permanently) at only 50 times the cost per gigabyte. That could help with more efficient data center operations.

This kind of chip is needed because of the explosion in data storage at companies such as Google, Facebook, and Netflix. Those companies want to make sure that the speed of their applications doesn’t degrade as the data requirements climb.

Chandler, Ariz.-based Everspin is still the only company shipping production quantities of MRAM. And it is seeing customer adoption from big companies. Select customers are now evaluating working samples of the Spin-Torque MRAM chips. The chips will be broadly available in 2013.

Everspin’s products are being used in industrial, energy, and automotive markets. But the big growth segment has been enterprise storage and server and networking equipment. Customers in that market include Dell, Siemens, Emerson, Airbus, BMW, and LSI. Everspin says it has more than 600 patents and patent applications, with 220 U.S. patents granted. Joseph Unsworth, an analyst at Gartner, said the ST-MRAM chips will be appealing to those that buy enterprise flash memory now.