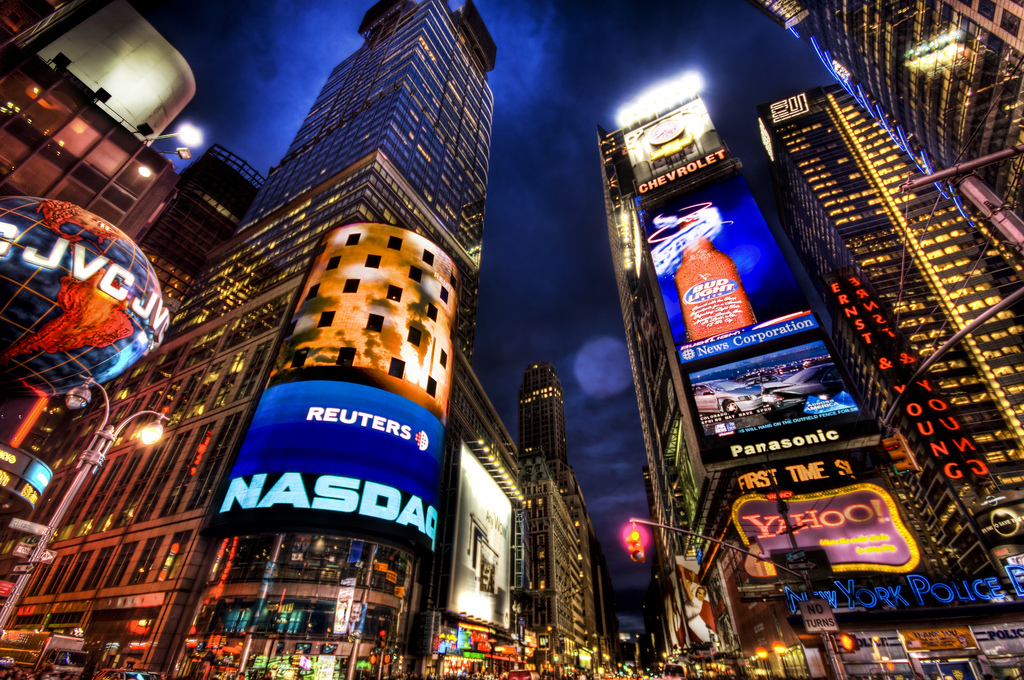 If you want to maximize ad revenue in your mobile app, develop for  iPhone, allow rich media ads, pass keywords to advertisers about content and users, and focus on health, news, entertainment, and fitness segments.

Those are the conclusions of a new mobile advertising report prepared by Mopub, an ad server for app publishers with a real-time bidding engine.

Mopub’s business was up significantly in the third quarter of 2012, with 162 percent more winning auctions in the company’s bidding marketplace. Mopub aggregated its ad data for the quarter and then released it as an industry update.

“Advertisers are finally getting it … they’re getting what real-time bidding is,” Mopub’s director of marketing Elain Szu told me last night. “The direction is up and to the right.”

Some of the highlights:

iPhone apps command better revenues for publishers than Android apps, although the gap is closing. While in July iOS ad rates were double Android’s, in August and September the gap closed as Android prices increase 26 percent. 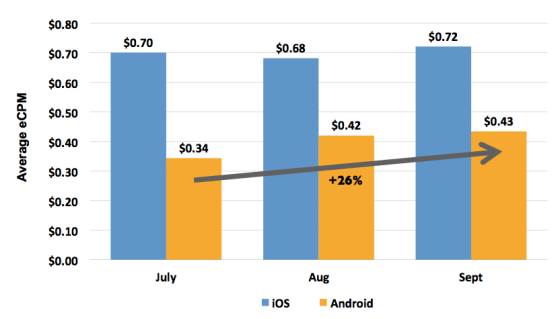 Above: Advertising revenue, averaged per 1000 views

App developers who are particularly interested in high advertising revenues should consider the iPad, which has the highest ad revenues per thousand viewers of any platform — trending up seven percent over the quarter to almost a dollar.

Apple’s platforms lead Android, with each of iPhone, iPod touch, and iPad having higher CPMs (cost per thousand) than Android phones or tablets … although Android is growing faster.

“Apple is the premium product,” Szu says, “But Android is really picking up steam.” 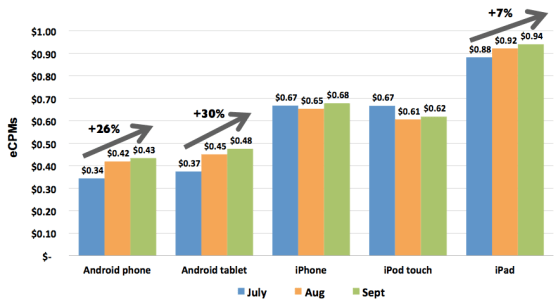 Unsurprisingly, given its ad revenue potential, the iPad is a popular app platform for developers. It’s also at the top in terms of advertiser demand, with each ad slot sold on iPad seeing an average of 3.5 bids — the most of any platform.

Mopub uses the number of bids per sold ad as an indicator of vertical popularity for advertisers, reasonably enough. Healthcare and fitness ad slots received an average of almost five bids per ad auction, while news, entertainment, games, and social networking rounded the top five categories. 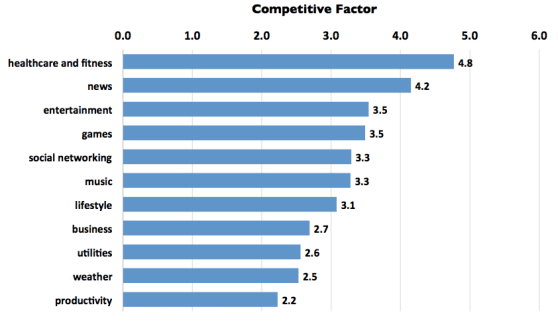 Above: Vertical popularity, using number of bids per auction as an indicator 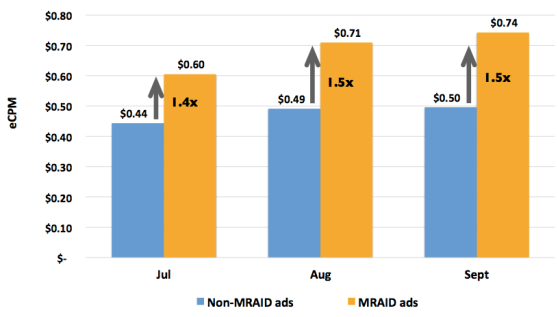 Finally, passing keyword data to advertisers on users’ demographic information or topics in the app pays off for app publishers: apps that provide keyword data achieve 40 percent higher advertising revenues than apps that do not. 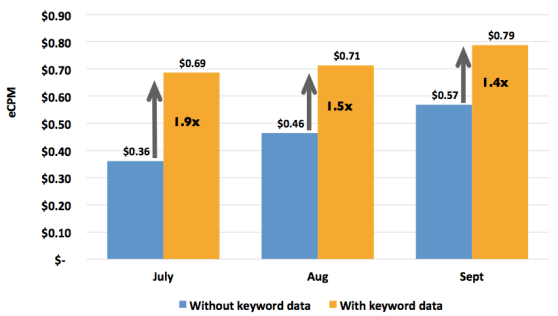