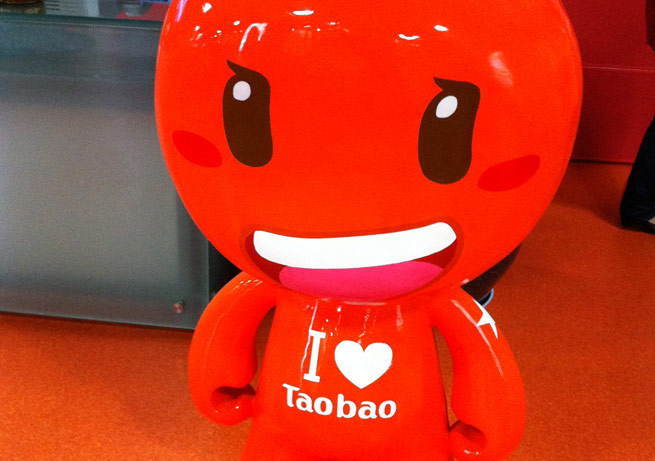 The top Chinese e-commerce service Taobao reported $3 billion in sales in a single day, November 11, according to Chris West, a British expatriate currently living in Fuzhou, China. And according to the company’s own infographic (included below) which is, naturally, in Chinese.

November 11 may be Veteran’s Day in the U.S. and Remembrance Day in Canada, but in China it is “double sticks” day — 11/11, get it — and is the equivalent of our Valentine’s Day.

The numbers, frankly, are astounding:

Taobao may not be well-known on our side of the Pacific Ocean, but it is the 13th-most-trafficked site in the world according to Alexa, and it is owned by one of the largest e-commerce companies in the world, Alibaba. But it’s not a single vendor, like Amazon (mostly) is.

Essentially, as one of our readers comments, Tmall and Taobao, both owned by Alibaba, are the Amazon and eBay of China, though both use Taobao’s payment systems. 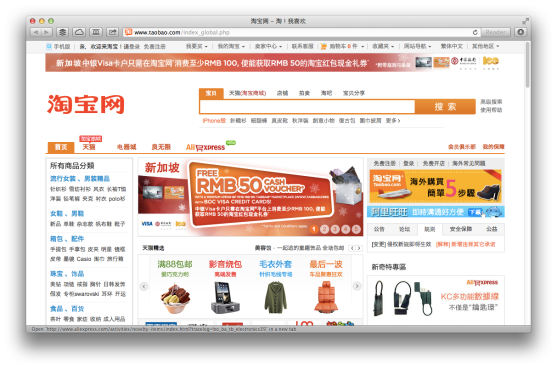 (And yes, that is the Alibaba that Yahoo owns a piece of, and which is trying to buy itself back.)

According to West, it is common for Chinese retailers to not set up their own e-commerce capability, but to set up a shop on Tmall, the busiest part of Taobao. According to the infographic below, Tmall’s sales were $2.1 billion U.S. and Taobao’s were almost $1 billion U.S. (thanks for the translation, Dan).

“Some people are doubting the numbers,” he told me this afternoon (Wednesday morning in China). “But it’s not like the U.S. where there are many, many e-commerce sites. Here there’s pretty much the one.”

If we can believe these numbers, this is simply a stunning example of what a billion-plus people in a single nation can do online, particularly as incomes rise across China. West contrasts it to Cyber Monday in the U.S.  — coming up soon — which saw 2011 sales of a comparatively small $1.25 billion across all online retailers, not just one.

Here’s the Taobao infographic for our Chinese-reading audience. The one part I can read: 191 hundred million RMB … which is the equivalent of $3 billion U.S.